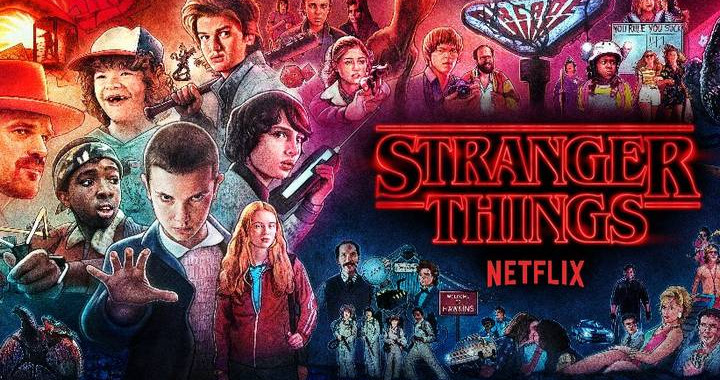 Co-creator Ross Duffer says that while the show’s series finale is already mapped out, Stranger Things will continue into Season 5:

“Season 4 won’t be the end. We know what the end is, and we know when it is. [The Covid-19 delay] has given us time to look ahead, figure out what is best for the show. Starting to fill that out gave us a better idea of how long we need to tell that story.”

Vol 2 will premiere on July 1

It's been six months since the Battle of Starcourt, which brought terror and destruction to Hawkins. Struggling with the aftermath, our group of friends are separated for the first time - and navigating the complexities of high school hasn't made things any easier. In this most vulnerable time, a new and horrifying supernatural threat surfaces, presenting a gruesome mystery that, if solved, might finally put an end to the horrors of the Upside Down.

Since its release in 2016, the global phenomenon Stranger Things has garnered over 65 award wins and 175 award nominations, including those from the Emmys, Golden Globes, Grammys, SAG, DGA, PGA, WGA, BAFTA, a Peabody Award, AFI Program of the Year, the People's Choice Awards, MTV Movie & TV Awards, Teen Choice Awards, and many others. The three-time Emmy Award Nominee for Best Drama is one of Netflix's most-watched titles, with Season 3 amassing 582 Million view hours ranking as the 2nd Most Popular English-language series in the Netflix Top 10, and Season 2 accounting for 427 Million view hours ranking at #10. Stranger Things was created by The Duffer Brothers and is produced by Monkey Massacre Productions & 21 Laps Entertainment. The Duffer Brothers serve as executive producers on the series, alongside Shawn Levy and Dan Cohen of 21 Laps Entertainment, and Iain Paterson.

In the series, a young boy vanishes into thin air. As friends, family, and local police search for answers, they are drawn into an extraordinary mystery involving top secret experiments, terrifying supernatural forces, and one very strange little girl. The series, set in Indiana, is a love letter to the ‘80s classics that captivated a generation. It was previously announced that Winona Ryder and David Harbour would also both star in the series. Ryder will portray Joyce, a working class single mother reeling from the disappearance of her 12-year-old son, and Harbour will play the towns chief of police.

How do you feel about this latest Stranger Things news? Share your thoughts with us in the comments below and don’t forget to stay tuned for all the renew/cancel 2021-2022 and beyond news!