Home | Cancellations & Renewals | State of the Union Renewed For Season 2 By SundanceTV! 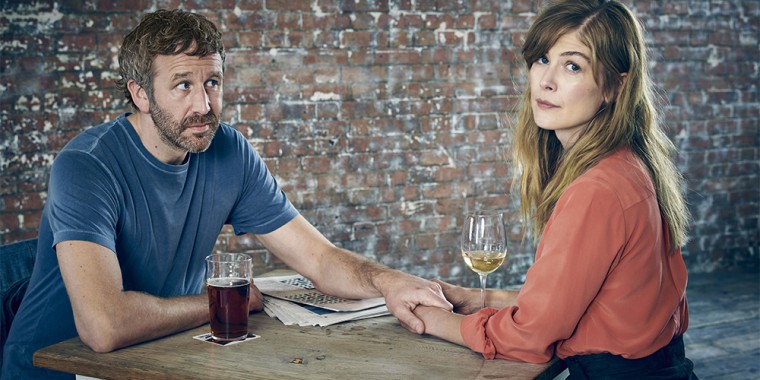 BACK FOR A LITTLE MORE, THE EMMY AWARD-WINNING SHORT FORM SERIES “STATE OF THE UNION” RENEWED FOR A SECOND SEASON ON SUNDANCETV

About State of the Union TV Show

NEW YORK/LOS ANGELES - January 27, 2021 - SundanceTV announced that it has renewed the Emmy(R)award-winning short form drama series, State of the Union, for a second season. Produced by See-Saw Films, Brendan Gleeson (In Bruges), Patricia Clarkson (Sharp Objects) and Esco Jouléy (High Maintenence) will lead the second installment of the innovative format, 10 episodes, each 10 minutes in length, which commenced production in January. The second season will premiere on SundanceTV and AMC Networks' streaming service Sundance Now later this year.

Written by Nick Hornby (Brooklyn, An Education) and directed by Stephen Frears (The Queen, A Very English Scandal), State of the Union, cleverly explores relationships and the human experience. In this season, liberal campaigning Ellen (Clarkson) drags her traditional, self-made husband Scott (Gleeson) out of his comfort zone and into a hipster Connecticut coffee shop, where they have ten minutes before their marriage counseling session to drink a coffee, gather their thoughts and argue about everything from Quakerism to pronouns. Amongst the bickering they also discuss betrayals from their past, how they're changing as people, and what the future of their relationship might look like in a changing world.

"The first season of State of the Union was a triumph of storytelling form, captivating audiences - 10 minutes at a time - by smartly and authentically exploring our fundamental humanity and curiosity around what makes people think, feel, love and interact," said Dan McDermott, president of original programming for AMC Networks. "We are thrilled to once again partner with the great Nick Hornby and Stephen Frears, and welcome Brendan, Patricia and Esco, to break new ground in short-form storytelling with a series built on the most universal and unifying element of all - the human relationship.

"We are over the moon to be given another opportunity to work with Nick and Stephen on a new season of State of the Union with our friends at SundanceTV." Said Jamie Laurenson and Hakan Kousetta, Executive Producers, See-Saw Films. "We are incredibly happy to welcome Brendan, Patricia and Esco to the team for a new story this season."

Emmy Award-winning and multiple Golden Globe nominee, Brendan Gleeson recently played the role of Donald Trump in the CBS miniseries The Comey Rule and will soon be seen in the role of King Duncan in Joel Coen's film adaptation of Macbeth. Academy Award nominee and Golden Globe- Critics' Choice- and Emmy Award-winning actress, Patricia Clarkson was recently seen in the HBO limited series Sharp Objects and the sixth and final season of Netflix' House of Cards. Burgeoning multi-talent Esco Jouley recently wrapped a role on the upcoming Starz series Blindspotting, from creators Rafael Casal and Daveed Diggs, and was recently seen in HBO's High Maintenance. Full Bios and Headshots

Jamie Laurenson, Hakan Kousetta, Iain Canning, and Emile Sherman are executive producers along with Hornby and Frears, with Sophie Reynolds producing the series for See-Saw Films. Kristin Jones, EVP of international programming for AMC and SundanceTV, is the executive in charge for SundanceTV. Endeavor Content is handling international sales.

Every week before their weekly marital therapy session, estranged couple Tom (Chris O'Dowd) and Louise (Rosamund Pike) meet at a pub to try and get their story straight for the therapist. With each successive episode, we piece together how their lives were, what drew them together and what has started to pull them apart. The short-form comedy series is directed by Stephen Frears and written by Nick Hornby.

Wondering how your other SundanceTV shows are doing? Check out the SundanceTV 2021 TV scorecard page, where you can find the cancel/renew status of all SundanceTV TV shows!

How do you feel about this latest State of the Union news? Share your thoughts with us in the comments below and don’t forget to stay tuned for all the renew/cancel 2021-2022 and beyond news!