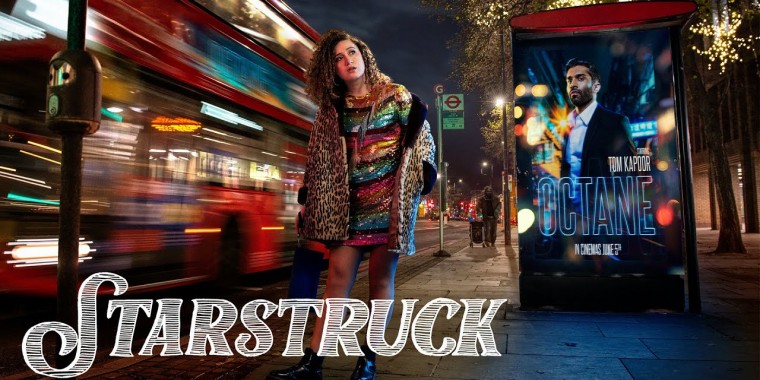 STARSTRUCK follows Jessie (Matafeo), a millennial living in East London juggling two dead end jobs and navigating the complications of becoming romantically involved with famous film star Tom (Nikesh Patel), and follows the couple as they realize they can't keep away from each other. The ensemble cast previously included Minnie Driver ("Good Will Hunting") and Russell Tovey.

· Sarah Aubrey, Head of Original Content, HBO Max quote: "Rose has created a show that strikes just the right balance of heart and humor. STARSTRUCK is exactly the kind of rom-com that we love at HBO Max, and we are so happy to see Jessie and Tom's story continue."

· Rose Matafeo quote: "A third? Sure. Fine. I'm truly thrilled to bring this incredibly talented cast back for a third installment, and equally excited to clamber into the director's seat alongside my nice friend Alice Snedden who I cannot seem to get rid of."

· Gregor Sharp, BBC Comedy Commissioning quote: "Starstruck is a blast of fresh comedy air, perfectly capturing the emotional mayhem of a new relationship with sharp wit, dry humor and a truthful eye - we can't wait to see what Rose and the team have in store for Jessie and Tom in the new series."

· Jon Thoday, Executive Producer for Avalon, quote: "It is fantastic to work again with two brilliant partners, in the BBC and HBO Max, to make a third season of this excellent show from Rose Matafeo."

· Consistently receiving huge critical praise across the globe, STARSTRUCK has been nominated for Best Comedy Programme at the Broadcast Awards 2022, and Best Comedy Series at the Edinburgh TV Awards 2021, while Matafeo has received nominations from BAFTA 2022 for Female Performance in a Comedy Programme, and a National Comedy Award 2021 for Best Breakthrough Artist. STARSTRUCK was highlighted by Rotten Tomatoes as their #3 best TV show of the year, featured in the Guardian's 'Top 10 Best Shows of 2021', AV Club's 'Top 8 Great TV Hidden Gems', Decider's 'Best TV Shows of the Year', as well as highlighted as one of the best shows to watch in Decider, New York Times, Paste Magazine, NME, Thrillist, Washington Post, CNET, The Guardian, The I, The Telegraph, Stylist, Vulture, Concrete Playground, Rotten Tomatoes, Time Magazine, Buzzfeed, Chicago Tribune, Paper City Mag, Mashable, Hollywood Reporter, NPR, Star Tribune, Jezebel, TV Insider, TV Guide, Boston Globe, and Bustle, while Matafeo was featured in Variety's 'Best Performances of 2021', The Times's 'Top 10 Funniest Actors on TV.'

How do you feel about this latest Starstruck news? Share your thoughts with us in the comments below and don’t forget to stay tuned for all the renew/cancel 2021-2022 and beyond news!