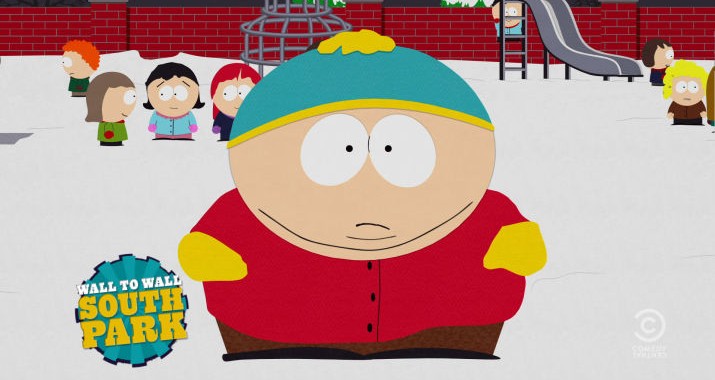 Starting this March, Paramount+ International Will Roll Out More than 300 Episodes of “South Park” the TV Series as the New Exclusive International SVOD Home

Feb. 15, 2022 – Paramount+ today announced that beginning in 2025, it will become the global streaming home for the full catalog of “South Park” episodes, movies, and made-for-streaming movies. Additionally, later this year, “South Park’s” expansive library of episodes will move exclusively in SVOD to Paramount+ in international markets, and beginning with season 27 in 2024, new episodes of the hit franchise will make their streaming debuts exclusively on the service, both in the U.S. and globally.

From MTV Entertainment Studios and building on the success of 2021’s two exclusive “South Park” made-for-streaming movies on Paramount+, SOUTH PARK: POST COVID and SOUTH PARK: POST COVID: THE RETURN OF COVID, Paramount+ revealed the title of its new “Beavis and Butt-Head” film: BEAVIS AND BUTT-HEAD DO THE UNIVERSE. A new season of the hit animated series, as well as the full library of over 200 remastered episodes, will also stream exclusively on the service.

The announcements were made by Chris McCarthy, chief content officer, unscripted entertainment and adult animation for Paramount+, during the ViacomCBS Investors Event.

“SOUTH PARK and BEAVIS AND BUTT-HEAD are two of the most successful and widely known adult animation IP in the history of the genre, and I am thrilled that Paramount+ will be their exclusive new SVOD home,” said McCarthy. “By expanding the universe of these franchises, we are unlocking significant value within ViacomCBS’ treasure chest of IP, and this is just the beginning.”

· 2022: Complete library of 310 episodes to launch on Paramount+ internationally.

· 2024: Beginning with season 27, new episodes will have their U.S. and global streaming premieres on Paramount+.

· The series has earned five Emmy Awards, to date, and a George Foster Peabody Award.

· BEAVIS AND BUTT-HEAD DO THE UNIVERSE: In perhaps the dumbest space movie ever made, Beavis and Butt-Head are sentenced to Space Camp by a “creative” judge in 1998. Their obsession with a docking simulator (huh huh) leads to a trip on the Space Shuttle, with predictably disastrous results. After going through a black hole, they reemerge in our time, where they look for love, misuse iPhones, and are hunted by the Deep State. Spoiler: They don’t score.

· Beavis and Butt-head are back and stupider than ever.

This new and expansive deal with MTV Entertainment Studios encompasses the following distribution:

“Matt and Trey are world-class creatives who brilliantly use their outrageous humor to skewer the absurdities of our culture and we are excited to expand and deepen our long relationship with them to help fuel Paramount+ and Comedy Central,” said Chris McCarthy, President/CEO -MTV Entertainment & CCO/Adult Animation – Paramount+. “Franchising marquee content like South Park and developing new IP with tremendous talent like Matt and Trey, is at the heart of our strategy to continue growing Paramount+.”

“Comedy Central has been our home for 25 years and we’re really happy that they’ve made a commitment to us for the next 75 years,” said Parker and Stone. “When we came to ViacomCBS with a different way to produce the show during the pandemic, Chris (McCarthy), Nina (Diaz), Keyes (Hill-Edgar) and Tanya (Giles) were immediately supportive and enabled us to try something new that turned out to be really well received. We can’t wait to get back to doing traditional South Park episodes but now we can also try out new formats. It’s great to have partners who will always take a chance with us.”

South Park continues to keep its place in the cultural zeitgeist with this year’s South ParQ Vaccination Special which ranks as the #1 cable telecast of the year with nearly 3.5M total viewers across the night and The Pandemic Special, which reigns as cable’s #1 scripted telecast of 2020. In addition, South Park received its 19th Emmy nomination with a nod for The Pandemic Special in the Outstanding Animated Program category. The series has earned five Emmy Awards to date and a George Foster Peabody Award.

How do you feel about this latest South Park news? Share your thoughts with us in the comments below and don’t forget to stay tuned for all the renew/cancel 2021-2022 and beyond news!