Home | Renewed | Somebody Feed Phil Renewed For Season 4 By Netflix! 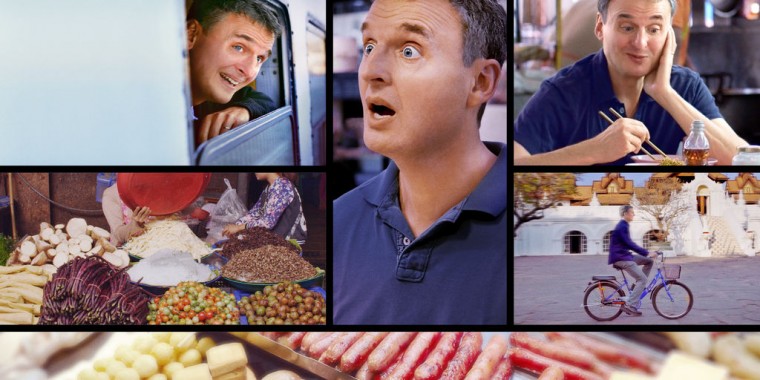 · Season Four comes on the heels of Season Three, which premiered on May 29th on Netflix and featured stops in Marrakesh, Chicago, London, Seoul, and Montreal.

· Somebody Feed Phil has garnered two Primetime Emmy Awards nominations, including Outstanding Unstructured Reality Program and Outstanding Original Main Title Theme Music. The show also won a 2020 Critics Choice Real TV Award for Best Travel/Adventure Series. Additionally, the show has been described as having “More Heart and Humanity Than Any Other Netflix Food Show” and Phil “Having More Fun Eating Food Than Anyone.”

· Phil Rosenthal is the creator and host of Somebody Feed Phil, which combines his love of food and travel with his unique brand of humor. In 1995, Rosenthal created the hit CBS comedy, “Everybody Loves Raymond,” which premiered in 1996. He was the Showrunner/Executive Producer for all nine years of the show’s very successful run, which ended in 2005. Rosenthal’s first travel food series, I’ll Have What Phil’s Having, premiered on PBS in fall 2015 and received two Taste Awards as well as the winner of the 2016 James Beard Award for Best Television Program, on Location.

· For more information on Phil Rosenthal World visit here and watch Seasons 1-3 of Somebody Feed Phil on Netflix here.

About Somebody Feed Phil TV Show

This original documentary series from the creator of Everybody Loves Raymond, Phil Rosenthal, takes viewers on a goodwill eating tour of the world (Tel Aviv, Lisbon, Saigon, Mexico City, New Orleans and Bangkok.) Along for the ride are Phil's friends, family and his trademark sense of humor.

How do you feel about this latest Somebody Feed Phil news? Share your thoughts with us in the comments below and don’t forget to stay tuned for all the renew/cancel 2021-2022 and beyond news!