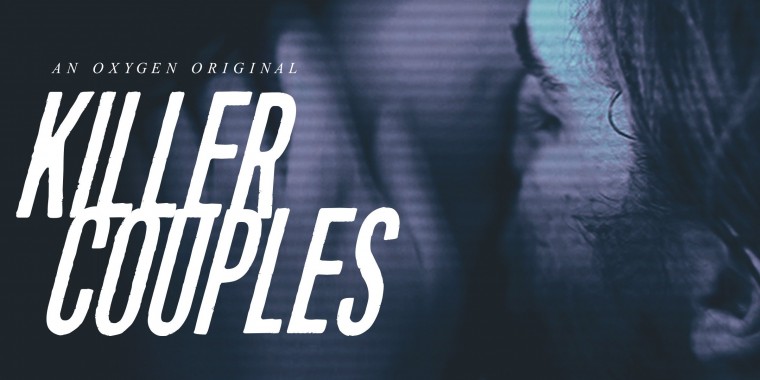 "Snapped: Killer Couples" Every Episode Ever Marathon Begins Monday, May 17 at 8:00 AM ET/PT

NEW YORK, NY - May 12, 2021 - Oxygen, the home of high-quality, true crime programming, gives enthusiasts even more to love when season 15 of "Snapped: Killer Couples" premieres Sunday, May 23, at 8:00 PM ET/PT, with new episodes airing for six consecutive nights. Through reenactments and gripping first-hand accounts, the series dives into the stories behind the couples' romance, how their relationship evolved once love turned to manipulation, and what ultimately drove them to illicit activity. Before the season premiere, catch up on each enticing "Snapped: Killer Couples" story during the Every Episode Ever marathon beginning Monday, May 17 at 8:00 AM ET/PT only on Oxygen.

Season 15 begins with a shocking story of treachery that sparked national headlines in 2020 when Army medic Michael Walker and Alisa Jackson were convicted of a heinous crime. Catherine Walker, Michael's wife, was found stabbed to death in their Honolulu home. The ensuing investigation revealed a sordid tale of secrets, lies, and a twisted romance between Michael Walker and Alisa Jackson, whom Michael enlisted to kill his wife.

The season explores several different themes that led couples to kill, including "Sinful Secrets," "Serial Killer Sweethearts" and "Young, Rich & Deadly." For a sneak peek of the premiere, visit: https://www.oxygen.com/killer-couples/season-15/videos/michael-walker-reports-his-wifes-murder

· The sudden disappearance of Jeffrey and Jeanette Navin rattles their small town and launches an investigation that exposes a web of deception, greed, and a blood-soaked betrayal leading to an unexpected family connection.

· An Amish community is turned upside down when young wife and mother, Barbara Weaver, is found murdered inside her home, leading police to look deeper within the community, and exposing a secret romance that triggered a deadly conspiracy.

· A horrific killing spree leads Pennsylvania investigators on the hunt for 23-year-old Mark Spotz and 17-year-old Christine Noland, lovers willing to do whatever it takes to evade the law.

“Snapped: Killer Couples” features couples whose passion drives them to commit terrible criminal acts. Through reenactments and gripping firsthand accounts, each episode takes a deep dive into the stories behind the couples’ romance, how their relationship evolved once love turned to manipulation, and what ultimately drove them to commit the crime.

How do you feel about this latest Snapped: Killer Couples news? Share your thoughts with us in the comments below and don’t forget to stay tuned for all the renew/cancel 2021-2022 and beyond news!