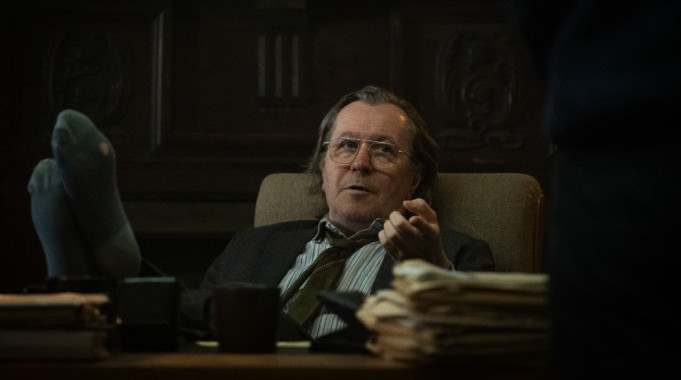 The upcoming drama has been renewed for Season 2, ahead of its 2021 series premiere, Cancelled Soon TV has learned.

Slow Horses Season 2 is slated to release in 2022.

Apple TV+ offers premium, compelling drama and comedy series, feature films, groundbreaking documentaries, and kids and family entertainment, and is available to watch across all your favorite screens. After its launch on November 1, 2019, Apple TV+ became the first all-original streaming service to launch around the world, and has premiered more original hits and received more award recognitions faster than any other streaming service in its debut. To date, Apple Original films, documentaries and series have been honored with more than 200 wins and 900 award nominations and counting.

"Slow Horses" follows a team of British intelligence agents who serve in a dumping ground department of MI5 - Slough House. Oldman will star as Jackson Lamb, the brilliant but irascible leader of the spies who end up in Slough House due to their career ending mistakes.

The series will be written by Will Smith ("Veep," "The Thick Of It"). Graham Yost will executive produce along with Will Smith. Jamie Laurenson, Hakan Kousetta, Iain Canning, Emile Sherman, Gail Mutrux and Douglas Urbanski also serve as executive producers.

The series is commissioned for Apple out of the UK by Apple's heads of Worldwide Video, Zack Van Amburg and Jamie Erlicht, and creative director for Europe Worldwide Video, Jay Hunt. See-Saw films will serve as the production company.

How do you feel about this latest Slow Horses news? Share your thoughts with us in the comments below and don’t forget to stay tuned for all the renew/cancel 2021-2022 and beyond news!