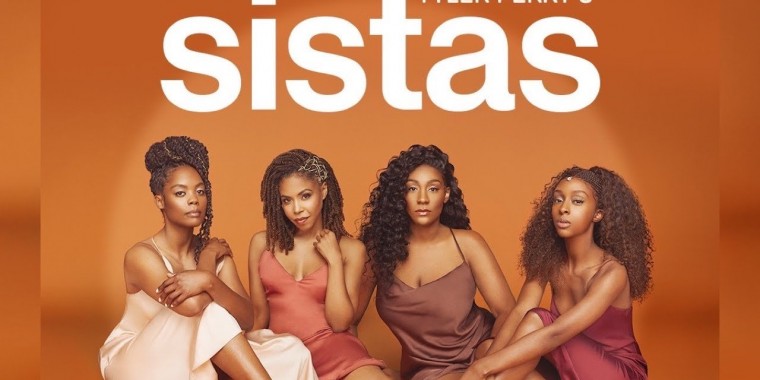 Sistas are doing it for BET!

The cabler has renewed drama Sistas for Season 5, Cancelled Soon TV has learned.

The fifth season of the Tyler Perry comedy-drama will return for a fifth season, set to premiere during the upcoming 2022/23 season.

BET renews "Tyler Perry's The Oval" for season four and "Tyler Perry's Sistas" for a fifth season. BET and Tyler Perry Studios continue to reign across platforms with "Sistas" and "The Oval," claiming the #1 and #2 series currently airing on cable with African Americans P2+,* respectively. Executive produced, directed, and written by Tyler Perry, "The Oval" season three averaged 1.3 Million Total viewers Live+3 per episode, and "Sistas" season four averaged 1.6 Million Total Viewers Live+3 on BET and BET Her every week.* The hit dramas have collectively generated over 315M social views.** Production for both series is set to start at Tyler Perry Studios this Spring.

Season four of Tyler Perry’s “Sistas” continues the unbounded connection between the five girlfriends as they move through everyday life, circumstances and each finding a new voice, one that demands everyone listens. These five women go after what they desire and handle the blows of life with resilience, determination, and the support of each other. The talented ensemble cast of “Tyler Perry’s Sistas” includes KJ Smith, Mignon, Ebony Obsidian, Novi Brown, Crystal Renee’ Hayslett, DeVale Ellis, Chido Nwokocha, Anthony Dalton II, Brian Jordan Jr., Kevin A. Walton, and Trinity Whiteside.

In Season four, Andi played by KJ Smith finally focuses on her own wants and needs when it comes to her personal life. While continuing to be a top-notch lawyer, Andi tests the waters with the possibility of a new relationship on the horizon. Gary played by Chido Nwokocha, however, goes above and beyond in an attempt to get Andi to commit to him, and only him.

Danni played by Mignon, opens the season showing Preston how she really feels about their relationship now that El Fuego is in the picture. Eventually, things get complicated when Preston played by Trinity Whiteside, begins exhibiting uncharacteristic like behavior to win Danni’s attention.

Karen played by Ebony Obsidian, finds herself consumed with Zac’s personal life this season. Karen’s emotions overtake her as she tries to reconcile her feelings between Zac played by DeVale Ellis, and Aaron played by Kevin A. Walton.

Sabrina played by Novi Brown, is the listening ear to her girlfriends and their drama, but she makes sure she doesn’t forget about Maurice played by Brian Jordan Jr. While still dating Calvin played by Anthony Dalton II, Sabrina embarks on a new journey that could lead to newfound love.

Fatima played by Crystal Renee’ Hayslett, basks in her love for Zac and makes it known to anyone who questions their relationship. Although Fatima finds herself facing new challenges in her relationship with Zac, her feet are firmly planted. Now that things are looking up for Zac, he and Fatima shift their focus to themselves and their future together.

In the premiere episode #401, titled “A Brick Wall,” premieres Wednesday, January 5, at 9 PM ET/PT– Danni finds herself in a compromising predicament and receives unsolicited help from El Fuego. While Karen must figure out how to deal with an unexpected visitor inquiring about Zac. #SistasonBET

The one-hour drama follows a group of single Black females as they navigate their “complicated love life,” careers and friendship through the ups and downs of living in a modern world of social media and unrealistic relationship goals. Executive Producer, Director and Writer Tyler Perry takes viewers on an exhilarating ride of emotions and gut-busting predicaments that will test the ladies’ long-standing friendship. This band of women, intertwined with their newfound relationships, must navigate this new-age dating scene as they continue to search for love in their 30’s.

How do you feel about this latest Sistas news? Share your thoughts with us in the comments below and don’t forget to stay tuned for all the renew/cancel 2021-2022 and beyond news!