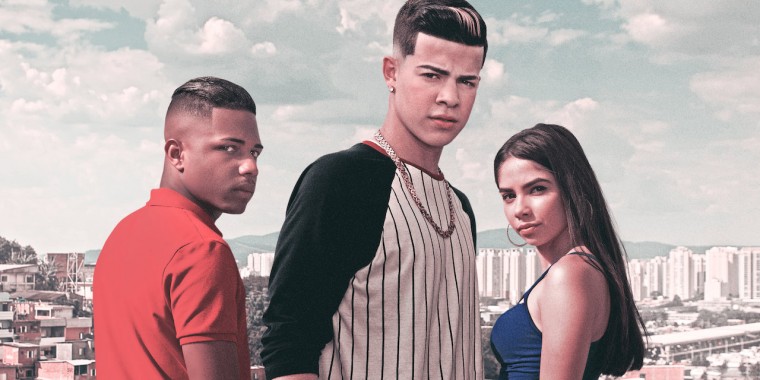 When your dreams come true, it’s time to wake up. Nando, Rita and Doni are still growing, each of them in their own path, and now it’s time to understand that their choices could put in risk everything they have already conquered, including their friendship.

Three teens living in the same São Paulo favela pursue their dreams while maintaining their friendship, amid a world of music, drugs and religion.

The second season of Sintonia, one of Brazil's top shows on Netflix, is releasing a trailer revealing special guest appearances, lots of excitement and brand-new stories and characters. In the series' second season, Nando (Cristian Malheiros) continues his quest to be "boss" and the head of the family, as Rita (Bruna Mascarenhas) tries to find a good path and protect her friends, while Doni (Jottapê) dreams big about an explosive career. Top it off with guest appearances by MC Kevinho and DJ Alok, and Sintonia is sure to be a hit!

In addition to his participation in the series, Alok, DJ and music producer, also signs the production of a new song for the season and comments: "I was already following the series, so I was excited to be invited. It's very gratifying to see funk conquering more space each day, making many people's dreams come true and inspiring new talents".

Doni, Nando and Rita's trajectories continue on Netflix starting October 27. Track each of their journeys as they try to overcome challenges without ever forgetting where they came from, and the strong friendship that unites them.

How do you feel about this latest Sintonia news? Share your thoughts with us in the comments below and don’t forget to stay tuned for all the renew/cancel 2021-2022 and beyond news!