Home | Cancellations & Renewals | Signs of a Psychopath Renewed For Season 3 By ID! 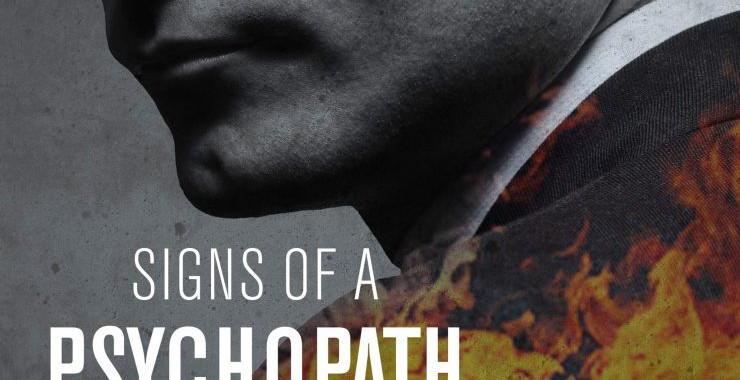 About Signs of a Psychopath TV Show

This harrowing series revisits some of the most brutal killers in modern history, reviewing news footage and the words of the killers themselves to see which terrifying traits each killer exhibited. What are the signs...of evil?

Psychopaths live among us. They can be friends, family members, co-workers or even lovers. Try as they may to impersonate normal humans, there are always signs that reveal their true nature: calculating, narcissistic, unempathetic and sometimes even... murderous. If confronted with a true psychopath - would you be able to recognize the signs? The hit ID series SIGNS OF A PSYCHOPATH is back for another chilling season - giving viewers yet another frightening peek into the deranged psyches of some of the most notorious, terrifying individuals. Over the course of the gripping second season, viewers will have the opportunity to glimpse the true nature of a psychopath - and the dark progression of their patterns of behavior and... in some cases, their will to kill. New episodes of SIGNS OF A PSYCHOPATH will premiere Wednesdays at 10/9c and 10:30/9:30c on ID starting Wednesday, March 9th.

*SEASON PREMIERE*
Everyone Has a Death Sentence
Premieres Wednesday, March 9 at 10/9c
For two decades, the "Tourniquet Killer" stalked, raped, and strangled young girls across Houston, Texas. Investigators repeatedly come up empty during the late 1980s and 1990s as the body count rises. And then, in 2003, cold-case detectives finally get a break when advances in DNA lead to the identity and arrest of a local telephone repairman. He eagerly shares the horrifying details of his serial killings with detectives and how he evaded detection while hiding behind the persona of a husband and father. Weeks before his scheduled execution in January 2018, he grants one last interview, which brings the mindset of this sadistic man out into the limelight.

Sleeping Beauties
Premieres Wednesday, March 9 at 10:30/9:30c
On October 4, 2006, police arrive at the home of 31-year-old Elaine Campione in suburban Ontario and find a horrific scene. The single mother leads officers to her bedroom, where they find the dead bodies of her two young daughters, Serena and Sophia. Campione tells detectives that she found the two girls lifeless in her bed and initially refuses to explain how her children died. As investigators comb the crime scene and press Campione for answers, the shocking truth emerges. This tragedy is no accident but a carefully crafted killing by a vengeful psychopath.

God Was Using Me
Premieres Wednesday, March 16 at 10/9c
She could have taken her secrets to the grave, but in October 2015, a longtime nurse turns herself in to police in Woodstock, Ontario. She confesses to helping end the lives of numerous elderly patients at multiple nursing homes in the area. But, detectives soon discover this nurse is no angel of mercy. Behind her unsuspecting, "aww shucks" persona lies a ruthless psychopath. She claims God moved her to murder when her patients became unruly or hard to manage - killing the very people she was hired to give care.

Most People Would Be Haunted
Premieres Wednesday, March 16 at 10:30/9:30c
In November 2014, a failed actor from Los Angeles returns home to Atlanta, Georgia with a big chip on his shoulder and he's ready to take out his deep-seated rage on the weakest members of society. His victims are those who don't appear to be able to fight back, and who may not be immediately missed. Investigators start to close in on him after he kills four people in the span of ten weeks. But, it's his attempt to get a free ride on the train that eventually leads to his downfall. Telling his story of murderous rampage in the interrogation room is precisely the limelight and acclaim this narcissistic killer has always craved.

I Knew She Lived Alone
Premieres Wednesday, March 23 at 10/9c
In 1995 in Burlington Township, New Jersey, police receive a call from an older woman claiming that her son, Charles Reddish, phoned her and confessed to murdering his longtime girlfriend, Becky Wertz. When law enforcement arrives at the home, they find Reddish coolly and calmly sitting on the front porch with his dead girlfriend's 14-year-old daughter at his side. Meanwhile, her mother's mutilated body lies on the couch under a sheet inside his home. When questioned by investigators, Reddish eagerly admits to not one but two murders and reveals a long history of violence against women, predatory stalking, and a lifetime of psychopathic sexual deviancy.

I Was a Star
Premieres Wednesday, March 23 at 10:30/9:30c
A woman dies in a brutal stabbing at her Orlando, Florida home in 2011 and her family immediately points the finger at her ex-boyfriend and the father of her child, ex-con Antoine Bynum. An APB leads police to a nearby hospital where, oddly, Bynum has injuries that he claims are due to a botched robbery attempt at a gas station. When investigators start questioning him, he appears to experience a psychotic episode. If it's true, it means Bynum may not be in charge of his actions. But, clues soon emerge indicating this "episode" is merely a ruse, and detectives suddenly find themselves face-to-face with a deranged psychopath.

Sometimes People Get Shot
Premieres Wednesday, March 30 at 10/9c
In 2010, a 17-year-old breaks into his family's cabin and steals a gun before beginning a horrifying road trip through Iowa. At gas stations along the way, he murders not just one but two gas station attendants in cold blood, laughing maniacally as he shoots his victims dead in the face. Later that evening, police receive a tip of a man running through multiple stop signs. When officers catch up with him, a haunting portrait of a burgeoning psychopathic serial killer emerges. He isn't upset or racked with guilt. Instead, he's excited to show detectives how it all went down.

I Call Him Monster
Premieres Wednesday, March 30 at 10:30/9:30c
Police respond to the site of a fiery car crash alongside a highway in Grand Rapids, Michigan on November 9, 2015 where they discover the badly burned body of 37-year-old, Lori Vargas. Investigators at the scene quickly realize this is no accident, but rather an elaborate cover up for cold-blooded murder. An autopsy shows that the single mother of two teenage girls had died of blunt force trauma before she was placed in her vehicle and then set on fire. Investigators must probe the darkest recesses of a killer's mind in order to uncover the hideous truth behind the mask - a relentless and maniacal psychopath.

The Women on His List
Premieres Wednesday, April 6 at 10/9c
In rural Wilno, Ontario, 57-year-old Basil Borutski leaves his home early September 22, 2015 on a delusional vigilante mission to confront three women who have rejected him over the years. Before the morning is over, Carol Culleton, Anastasia Kuzyk, and Nathalie Warmerdam are all dead and the county is in lockdown. A major manhunt ensues, until hours later when a helicopter spies the fugitive below, and he is taken into custody. Throughout his deranged confession Borutski claims to be the real victim, but investigators quickly see through his posturing. All that's left is a cold-hearted psychopath with a long history of abusing women.

He Is Not Among the Living
Premieres Wednesday, April 6 at 10:30/9:30c
On January 4, 2015, Blair Short calls 911 because her boyfriend, 28-year-old Edward Hayden, is missing. She suspects foul play after arriving home from a day of shopping and discovering a pool of blood in their one-bedroom apartment. When investigators start their search for answers, they are confronted with a sinister plot hatched by their roommate and Blair's former lover, 28-year-old Sean Turkot. This manipulative psychopath is so hell-bent on revenge that he enlists the help of his loyal best friend, Alexander Smoot, to carry out the violent murder. In true psychopathic fashion, when evidence leads to Turkot's door, he quickly tries to sell out his "friend" in hopes of avoiding prosecution.

How do you feel about this latest Signs of a Psychopath news? Share your thoughts with us in the comments below and don’t forget to stay tuned for all the renew/cancel 2021-2022 and beyond news!