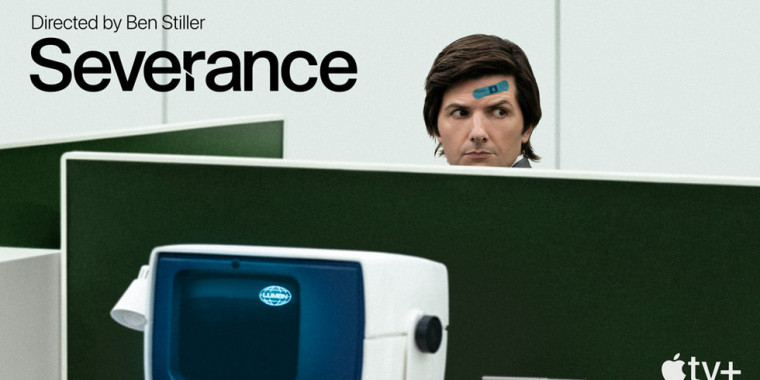 The streamer has quietly renewed the upcoming drama Severance for Season 2, ahead of its first season debut in 2022.

Severance Season 2 is slated to premiere in 2023.

Apple has given a series order to "Severance," a new drama series directed and executive produced by 2019 DGA Award winner Ben Stiller ("Escape at Dannemora") with Adam Scott ("Big Little Lies," "Parks and Recreation") attached to star and produce. "Severance" is a workplace thriller that introduces Lumen Industries, a company that's looking to take work-life balance to a new level. Scott will play the lead role of Mark, an employee with a dark past trying to put himself back together.

Apple TV+ has unveiled a teaser trailer and a premiere date for its highly anticipated new drama series, "Severance," from director and executive producer Ben Stiller ("Escape at Dannemora," "Tropic Thunder"), and creator Dan Erickson, which will launch globally on Apple TV+ with the first two episodes on February 18, 2022, followed by new weekly installments, each Friday during its nine-episode season.

In "Severance," Mark Scout (Adam Scott) leads a team at Lumon Industries, whose employees have undergone a severance procedure, which surgically divides their memories between their work and personal lives. This daring experiment in 'work-life balance' is called into question as Mark finds himself at the center of an unraveling mystery that will force him to confront the true nature of his work... and of himself.

How do you feel about this latest Severance news? Share your thoughts with us in the comments below and don’t forget to stay tuned for all the renew/cancel 2021-2022 and beyond news!