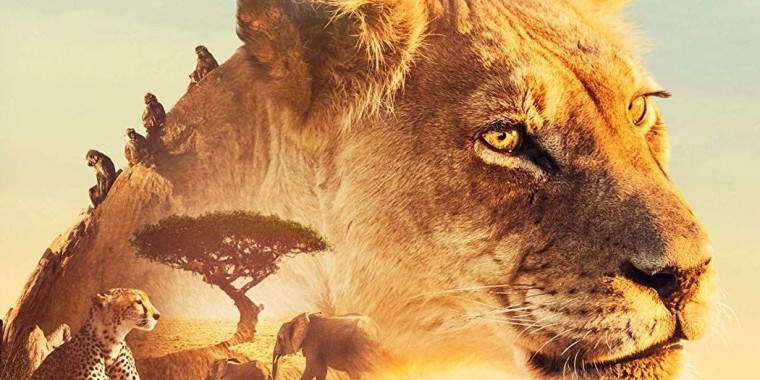 New York, NY - May 13, 2021 - This summer, Discovery journeys back to the vast, nearly untouched plains of Tanzania revisiting some of our favorite faces and meeting new ones along the way in SERENGETI II. The ground-breaking series highlights the majestic animals who call the Serengeti their home and their day-to-day lives living together. Created and produced by Emmy(R)-winner Simon Fuller ("American Idol," "So You Think You Can Dance") and directed and produced by Emmy(R)-winning wildlife filmmaker John Downer ("Penguin: Spy in The Huddle"), the continuation of the six-part series gives unrivaled access to one of the most pristine and unspoiled corners of Africa. Featuring a lush original score and narrated by Academy Award(R)-winning and Emmy(R) nominated actress Lupita Nyong'o, the revolutionary series follows the heartwarming stories of a cast of African wildlife including lions, zebras, baboons and cheetahs over the course of a year, showcasing the dramatic moments that make each day of survival on the Serengeti a feat. The upcoming season will air across Discovery platforms later this summer.

When it launched in 2019, the premiere episode of SERENGETI debuted as the highest-rated nature documentary on all of television since Discovery's North America in May 2013 among P25-54, earning a 1.20 L+3 rating on Discovery. In addition, the premiere episode of the series reached 6.3 million total viewers across all airings on all Discovery networks including Discovery Channel, Animal Planet, Science Channel and Discovery en Español. The series earned two Emmy nominations including one for Nyong'o for Best Narrator.

"We are thrilled to be traveling back to one of the most magical places on Earth. It is an honor to be part of these animals' lives, following them a year later and to be introduced to new friends along the way," says Nancy Daniels, Chief Brand Officer, Factual and Discovery. "Simon and John are renowned storytellers and they have once again delivered the next level of this one-of-a-kind series."

It is the following year, and many of our loveable familiar faces are back - Kali, Sefu, Nalla, Tembo, Bakari and Shani - are living their lives in their beautiful world. And as the world turns, so does the circle of life as we are introduced to Aiysha, daughter of season 1's KiKay and her cubs along with Shani's stallion Punda, the leader and protector of the family and father to all of the babies.

Fuller and Downer continue their collaboration on the second season of SERENGETI and have welcomed the entire team back including composer Will Gregory and serene storyteller Lupita Nyong'o. Their work captures the experience of Africa's unimaginable beauty with its equally unforgiving brutality, highlighting daily challenges of life on the Serengeti.

"Making season one with our partners at Discovery was a dream come true and now with season two, the dream shines brighter than ever. John Downer's extraordinary filmmaking has captured even more incredible footage and with the inspirational voice of Lupita Nyong'o the storytelling touches your soul like never before. I can't wait to share the stunning beauty of the Serengeti once again with the world," says Simon Fuller.

Director John Downer adds, "It is a thrill to share with the world the lives of these incredible creatures and even more rewarding to present them to audiences around the globe. Many of us have been unable to travel for quite some time but we kept filming. We can't wait to bring the majestic scenery and the daily dramas of these beautiful animals to people's homes."

In SERENGETI II, the world's most captivating animals try to survive in the beautiful, demanding lands of Eastern Africa, stopping at nothing to protect their offspring and prove their worthiness to their families.

SERENGETI is made by XIX Entertainment and John Downer Productions. It was commissioned for the BBC by Jack Bootle, Lead Commissioning Editor. BBC Studios is distributed globally.

How do you feel about this latest Serengeti news? Share your thoughts with us in the comments below and don’t forget to stay tuned for all the renew/cancel 2021-2022 and beyond news!