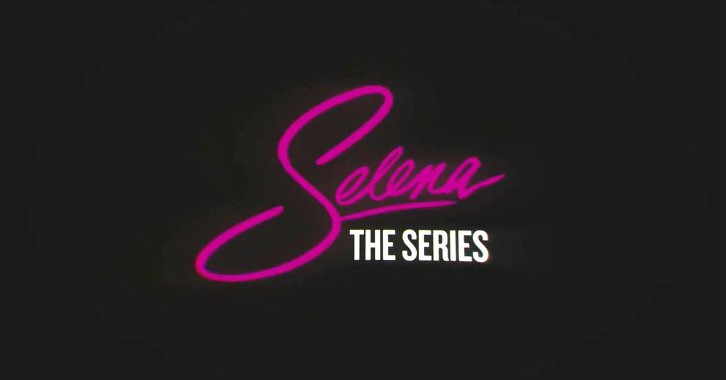 About Selena: The Series TV Show

'Selena: The Series' Captivates Fans Ahead of Anticipated Finale on May 14

When Selena Quintanilla burst onto the Tejano music scene in the '80s, her dream was to make music that celebrated both her Latin roots and her Mexican-American upbringing. She ultimately brought these two worlds together, leaving behind a timeless legacy that still resonates with generations of fans around the world.

We had the same hopes when we released Selena: The Series in December on Netflix. We wanted to pay tribute to the young girl with big dreams and an even bigger voice, and honor her incredible rise from performing local gigs with her family to gracing some of the world's biggest stages.

We're looking forward to continuing this journey when the highly anticipated conclusion of this two-part series premieres globally on May 14.

Ahead of part two, we're excited to announce that 25 million households around the world sang "Como la flor" along with part one in the first four weeks after it premiered in December. The series reached the Top 10 list in 23 countries - including the U.S., Mexico, Argentina, Colombia and Peru - and spent 26 consecutive days on the Top 10 list in Mexico. Half of the fans came from the U.S., where it spent its first week in the #1 spot on the Top 10 list.

And the Selena excitement extended far beyond Netflix. On Spotify, her music streams skyrocketed 260% during the launch of Selena: The Series. Selena's listeners also increased by 90% during the same period, reaching 5 million monthly listeners.

The day before the series' release, fans also broke the Guinness World Record for the largest number of videos of people lip syncing to the same song ("Como La Flor," by Selena y los Dinos) uploaded to TikTok in one hour, as part of the #TodosComoLaFlor challenge.

On Google, global search interest for Selena increased 1600% around the series' launch. In 2020, Selena was the third-most Googled woman in Latin or Spanish music worldwide.

Selena ranks #3 as the most Googled woman in Latin or Spanish music WORLDWIDE in 2020!

In addition to Selena soon receiving the Grammy Lifetime Achievement Award this year, we're excited to continue her journey through the Tejano music world on screen. Learning how to handle her newfound success, fans will get to see how Selena balances family, love and a burgeoning career. Part 2 of Selena: The Series chronicles the years of hard work and sacrifice the Quintanilla family navigate together as she becomes the most successful female Latin artist of all time.

We're thrilled that so many fans both new and old have fallen in love with Selena's powerful story and beautiful music as we prepare to unveil this next act. This is an encore you won't want to miss.

LOGLINE: A coming of age story following Selena Quintanilla as her dreams come true and all the heart-wrenching and life-changing choices she and her family have to make as they navigate success, family, and music.

CHRISTIAN SERRATOS (The Walking Dead, Twilight) will play Selena Quintanilla, an incredibly talented and charming young woman from South Texas, who chases her musical aspirations with her family and becomes one of the most successful Latin artists of all time.

GABRIEL CHAVARRIA (War for the Planet of the Apes, The Purge) will play A.B. Quintanilla, Selena's oldest brother and the band's music producer, who constantly faces the pressure to deliver hits and ultimately forges the band's trailblazing signature sound.

NOEMI GONZALEZ (The Young and the Restless, East Los High) will play Suzette Quintanilla, Selena's sister and best friend, who learns to embrace her role as the first female drummer in Tejano music history.

SEIDY LOPEZ (Training Day) will play Marcella Quintanilla, Selena's mother and the cohesive, nurturing force in the family, who believes in achieving their dreams against all odds.

MADISON TAYLOR BAEZ will play Young Selena, a happy-go-lucky child who learns what it takes to become an artist from her father.

"Selena is an inspirational figure who's transcended generations. At Campanario, we've always known it was crucial for this series to find actors with the right mix of talent, charisma, and passion to honor Selena's legacy and the story of her family,"- Jaime Davila, president and co-founder of Campanario Entertainment. "Our casting director Carla Hool and her team have found an amazing cast to depict the Quintanilla family, and we're sure fans everywhere will be captivated yet again by Selena's incredible life."

How do you feel about this latest Selena: The Series news? Share your thoughts with us in the comments below and don’t forget to stay tuned for all the renew/cancel 2021-2022 and beyond news!