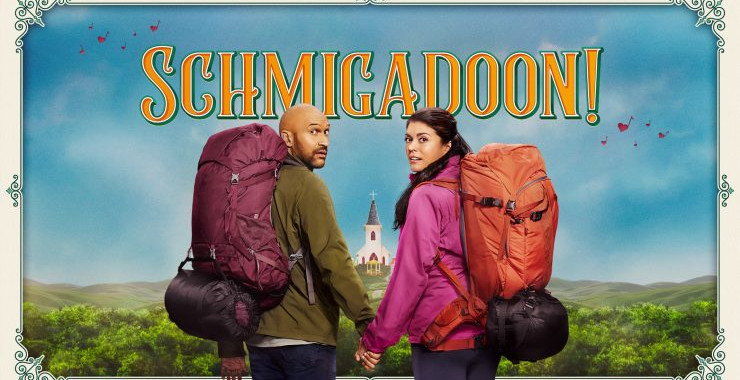 Schmigadoon! will keep singing and dancing on Apple TV+.

With an ensemble cast is led by Cecily Strong and Keegan-Michael Key, Schmigadoon! Season 2 is expected to premiere in 2023.

Having found true love in the town of Schmigadoon, season two of "Schmigadoon!" will find Josh (Key) and Melissa (Strong) in Schmicago, the world of '60s and '70s musicals.

Following its global debut on Apple TV+ last year, "Schmigadoon!" was honored with an AFI Award, and has received wide acclaim and accolades, including a Critics Choice Award nomination for Best Supporting Actress for star Kristin Chenoweth.

The complete first season of "Schmigadoon!" is now streaming on Apple TV+.

Season two of "Schmigadoon!" will join an expanding offering of global hit Apple Originals recently renewed for a second season, including "Severance," "Pachinko," "The Afterparty" and "Slow Horses," as well as award-winning comedies "Ted Lasso," "Mythic Quest," "Dickinson" and more.

Apple TV+ offers premium, compelling drama and comedy series, feature films, groundbreaking documentaries, and kids and family entertainment, and is available to watch across all your favorite screens. After its launch on November 1, 2019, Apple TV+ became the first all-original streaming service to launch around the world, and has premiered more original hits and received more award recognitions faster than any other streaming service in its debut. To date, Apple Original films, documentaries and series have earned 245 wins and 963 award nominations, including this year's Oscar Best Picture winner "CODA."

How do you feel about this latest Schmigadoon! news? Share your thoughts with us in the comments below and don’t forget to stay tuned for all the renew/cancel 2021-2022 and beyond news!