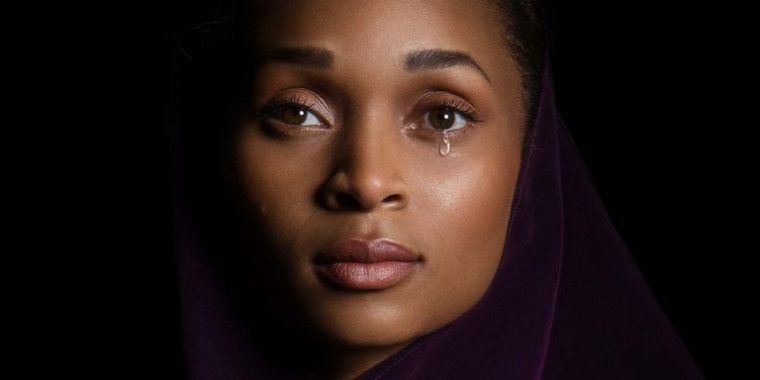 BET+ is getting more Ruthless.

The third season of Ruthless is slated to premiere in spring 2022, followed by Season 4 in 2023.

As the season continues, many of the faithful followers have begun to uncover the evil that exists beneath the surface of the Rakudushis movement. Armed with this knowledge, Ruth and several new fearful cult members try to take control of their individual destinies. The attempts will prove to be almost impossible for anyone who does not have allies they think they can trust. Viewers will see more sex, lies, and murder in this cult that is living up to its fate. Being aware of false prophets has never reigned more true. "Tyler Perry's Ruthless" stars Melissa L. Williams, Matt Cedeño, Lenny D. Thomas, Yvonne Senat Jones, Baadja-Lyne Odums, Jaime Callica, Nirine S. Brown, Blue Kimble, Stephanie Charles, Hervé Clermont, Anthony Bless, and Bobbi Baker. New cast members joining the series include Stevie Baggs, Jr., Colin McCalla, Samantha L. Thomas, Michelle Nunez, Alise Willis, and Jael Pettigrew. The one-hour drama will drop three episodes on its premiere date, with new episodes launching every Thursday on BET+.

About the New Series Regulars:

River is responsible for recruiting young people into the Rakadushi Cult. He's smart and is a law school graduate. He takes Oliver under his wing to teach him how to recruit. River is rumored to have a special relationship with The Highest.

Paula wears her emotions on her sleeve. This often gets her in trouble as she and Zane are trying to escape the Rakadushi tribe. They reach out to Ruth to help them escape.

Zane wants to leave the cult but is much more fearful and tentative than her friend Paula.

Clark was present in the first half of the season and upgraded to a series regular in the second half. He is a loyal gatekeeper at the Rakudushis compound.

"I'm so grateful for the millions of fans who have been watching the new shows on BET. And this is only the beginning. I'm excited to bring these two new dynamic series to the BET+ family and continue to tell stories of high stakes drama with emerging talent," said Tyler Perry.

"Our landmark partnership with Tyler Perry is off to a fantastic start with the breakout success of The Oval, the #1 new scripted series on cable, and Sistas," said Scott Mills, President of BET Networks. "We're thrilled that Tyler has created these two exciting new series exclusively for our rapidly growing streaming service, BET+. Bruh and Ruthless will join BET+'s other hit original series, including Tracy Oliver's First Wives Club, Will Packet's Bigger and BET's American Gangster, and allow us to continue to super serve our subscribers' demand for premium original African American content."

"Tyler Perry's Ruthless" is a new one-hour drama premiering in 2020 on BET+. "Tyler Perry's Ruthless" is the riveting story of a young woman who becomes entangled in a scandalous cult of powerful sex-crazed fanatics, who she must now play along with until she can find a way to free herself and her young daughter. Melissa L. Williams ("Tyler Perry's The Oval") as Ruth Truesdale, Matt Cedeño, ("Power") as The Highest, Lenny Thomas ("The Blacklist") as Dikhan, Yvonne Senat Jones ("The Bobby Brown Story") as Tally, Baadja-Lyne Odums ("This is us") as Marva, Jaime Callica ("Unreal") as Brian, Nirine S. Brown ("Wicked: The Musical") as Lynn, Blue Kimble ("Being Mary Jane") as Andrew, Stephanie Charles ("The Paynes") as Sarah, Herve Clermont ("One Life To Live") as Mack, Anthony Bless ("Tyler Perry's Sistas") as Malcolm Green and Bobbi Baker James ("House of Payne") as Cynthia star in "Tyler Perry's Ruthless." Principal photography for "Tyler Perry's Ruthless" is underway at Tyler Perry Studios in Atlanta.

How do you feel about this latest Ruthless news? Share your thoughts with us in the comments below and don’t forget to stay tuned for all the renew/cancel 2021-2022 and beyond news!