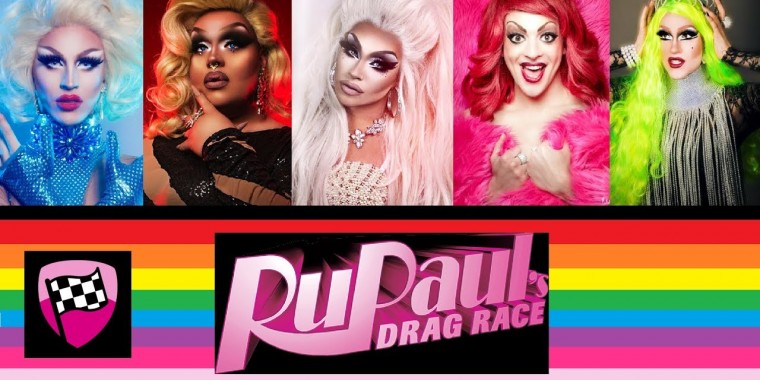 On the heels of the highest-rated season in franchise history and 13 Emmy(R) Award nominations, VH1 today announced that “RuPaul’s Drag Race” has been greenlit for a new season. In the upcoming 13th season, the juggernaut series will welcome a new batch of drag queens ready to prove why they’re “America’s Next Drag Superstar.”

Additionally, “RuPaul’s Drag Race All Stars” will debut its sixth season with some of the franchise’s most notable queens returning to compete for a highly coveted spot in the “Drag Race” hall of fame.

“Untucked,” the Emmy(R) nominated aftershow that gives viewers an all-access pass to the competition including behind-the-scenes drama, unseen moments and plenty of shade, also has been greenlit to follow both “RuPaul’s Drag Race” season 13 and “RuPaul’s Drag Race All Stars” season six.

“Drag queens have been on the frontlines of many challenging times in our history,” said four-time Emmy(R) Award-winning Host and Executive Producer RuPaul. “RuPaul’s Drag Race 13, All Stars 6 and new seasons of Untucked will offer more opportunities for our queens to rise to the occasion and spread the love.”

The groundbreaking season 12 of “RuPaul’s Drag Race” saw fans gathering remotely to enjoy the series, earning VH1 its highest-rated Friday night in 12 years. The top three queens competed in the first-ever virtual finale where each created a dramatic stage, sickening look and dazzling performance from their homes, culminating in a jaw-dropping final lip sync that earned Jaida Essence Hall the crown.

In the fifth season of “RuPaul’s Drag Race All Stars,” viewers watched the drama unfold with all new rules and lip sync assassins as Shea Couleé won a spot in the “Drag Race” hall of fame. “All Stars” was up +9% from the previous season and ranked as the #1 series in its time period with P18-34 and W18-34.