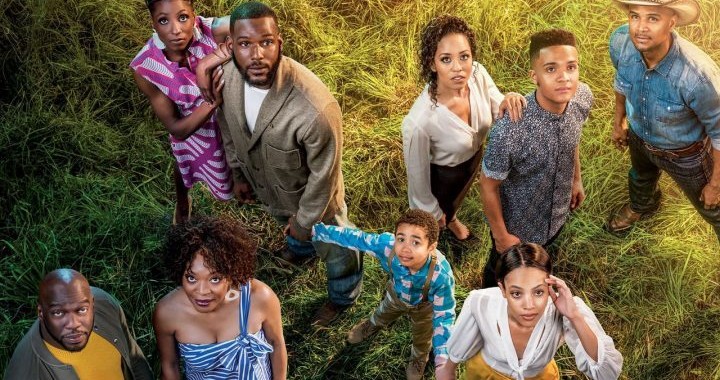 Series creator Ava DuVernay and OWN: Oprah Winfrey Network announced today that the critically-acclaimed drama series "Queen Sugar," from Warner Bros. Television and ARRAY Filmworks, will conclude in its seventh season next year. Writing on the final season has commenced and production will begin in early 2022 in New Orleans.

"To everything, there is a season. And my producing partner Paul Garnes and I have had seven gorgeous seasons making 'Queen Sugar' with a remarkable cast and crew, alongside our partners at OWN and Warner Bros. Television," shared DuVernay. "To write and produce seven seasons of a modern drama centered on a Black family is a radical act in our industry and a triumph that has far exceeded every hope I held. Now I feel strongly that the story, which began as a sunrise of a suggestion from Oprah, is ready for its sunset as a dream fully realized. 'Queen Sugar' has been one of the true joys of my career and my gratitude is buoyant and boundless."

"'Queen Sugar' is a truly extraordinary series brought to life by Ava's leadership, her brilliant creative team, and the incredible cast and crew. Our audience has seen themselves reflected with nuance and care through the story of the Bordelon family, including their triumphs and challenges, and most importantly, the love they have for each other through it all," said Tina Perry, president, OWN. "'Queen Sugar' has been an unparalleled success for OWN, garnering critical acclaim, awards recognition, and a loyal and dedicated audience. We are so grateful for Ava's partnership and are looking forward to a fantastic final season."

In its six seasons to date, "Queen Sugar" has consistently enjoyed critical acclaim and industry recognition. Earlier this year, Emmy Magazine featured the influential series as a cover story declaring it "one of the best hours on television." The African-American Film Critics Association (AAFCA) awarded the series with Best TV Drama for four consecutive years, the Impact Award in 2021 and multiple Best Writing awards. Additionally, the series was awarded the NAACP Image Award for Outstanding Drama Series and has been named Television Show of the Year by the American Black Film Festival (ABFF). Creator and executive producer Ava DuVernay was recently named Producer of the Year by The Hollywood Reporter.

Throughout its run, "Queen Sugar" has been lauded for its powerful portrayal of an African-American family in the Deep South and for DuVernay's continued commitment to hire an all-female directing team throughout the entire series run. Since its debut in September 2016, 42 women have directed episodes of QUEEN SUGAR, 39 of whom made their television directorial debut on the series. At the outset of production, DuVernay established an inclusive initiative to hire an all-female directorial team and a representative crew in terms of race, culture, gender, sexuality, age and physical ability.

"Queen Sugar" is produced for OWN by DuVernay's ARRAY Filmworks and Harpo Films in association with Warner Bros. Television. The series is based on the book by Natalie Baszile. The first five seasons of "Queen Sugar" are currently available to stream exclusively on Hulu.

From award-winning filmmaker Ava DuVernay (16-time Emmy nominated "When They See Us" and upcoming romance anthology series "Cherish the Day" for OWN), the contemporary drama "Queen Sugar" features the Bordelon family who are fighting to save their family farm to preserve their father's legacy while navigating their own personal journeys. In season four, Charley (Dawn-Lyen Gardner) has remained in the thick of the trials and tribulations in both her personal and professional life as she continues to battle the Landry family while also trying to ensure Micah's (Nicholas Ashe) safety and future. Nova (Rutina Wesley) has published her memoir and goes on a book tour around the country sharing family secrets and shaking things up at home. Ralph Angel (Kofi Siriboe) is managing fatherhood and his complicated relationship with ex-girlfriend Darla (Bianca Lawson) after learning he is not the biological father of his son, Blue (Ethan Hutchison), and is encouraged by an old friend to create opportunities for formerly incarcerated men.

"Queen Sugar" is produced for OWN by Array Filmworks and Harpo Films in association with Warner Horizon Scripted Television. The season four executive producers are Ava DuVernay, Oprah Winfrey, Paul Garnes and Anthony Sparks. The series is based on the book by Natalie Baszile.

How do you feel about this latest Queen Sugar news? Share your thoughts with us in the comments below and don’t forget to stay tuned for all the renew/cancel 2021-2022 and beyond news!