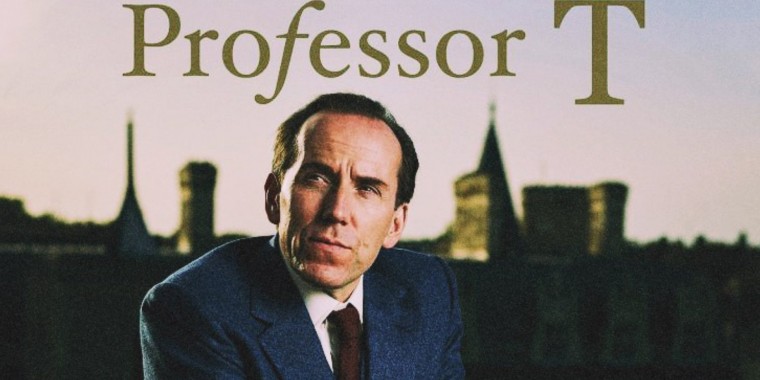 Set against the stunning backdrop of one of the world's most prestigious educational institutions, Cambridge University, the second season of Professor T will see Jasper Tempest and his mother Adelaide, seek help from a therapist, which in turn will uncover more secrets from Professor T's troubled childhood.

Airing on ITV during the summer of 2021, the launch episode of Professor T attracted an impressive 5.41m viewers on ITV (28 day consolidated), also performing strongly in the US where it was broadly carried by local PBS stations and is streaming on the PBS Masterpiece Prime Video Channel, pbs.org and the PBS Video app.

Leading Belgian director, Dries Vos, returns to direct the second series, which will once again be filmed in Belgium and Cambridge, during the spring of 2022 with Executive Producers Jo McGrath and Walter Iuzzolino. The series is again written by Matt Baker and Malin-Sarah Gozin.

Professor T is currently available to viewers to catch up on ITV Hub and also available to BritBox UK subscribers who can stream the boxset series.

In the US and Canada Professor T is available on the PBS Masterpiece Prime Video Channel. The second series will be produced by Eagle Eye Drama in association with Caviar and is supported by the Belgian tax shelter. PBS Distribution holds the North American rights. Beta Film will distribute the series worldwide.

"We're incredibly grateful to the ITV and PBS audiences for taking Professor T to their hearts, and we are actively plotting an even quirkier and uplifting Season Two. Expect more baffling crimes, more breath-taking scenery, and some answers to the most intriguing mystery of all: what is it, exactly, in his childhood, that makes the Professor tick?"

"Ben Miller's Professor T has become a favourite with audiences in the UK, US and across the world. We're absolutely thrilled to be making another series, reuniting a brilliant cast and strong production team. It's a wonderfully warm and visually beautiful crime series which unusually manages to combine mystery, humour and poignancy within each episode. Audiences have embraced it's distinctiveness and we look forward to surprising them again in the next season."

"We would like to congratulate Eagle Eye and ITV on Professor T's continuing success, not only in the UK but also worldwide, with over 80 sold territories to date and counting. It is Beta's pleasure and honour to be the international partner of Professor T. We can´t wait to watch Jasper Tempest's new cases in Season 2."

The impeccably dressed meticulously punctual Professor T, lectures daily at the Cambridge Institute of Criminology, teaching students imaginatively, if pedantically, about the science of crime. And each evening, he returns home to his apartment, which is as sterile and systematically organized as a science lab. Thanks to this strictly regimented approach, his OCD and germaphobia are under control.

But his buttoned-up world is slowly undone when he is persuaded by one of his former students, Detective Sergeant Lisa Donckers, to assist her in investigating a serial rapist. The Professor's encyclopedic knowledge of criminal psychology and his brilliant mind prove invaluable to the team, but the cracks in his carefully constructed, emotionless exterior begin to show.

Working with the police - and the fiery, instinctive Lisa, in particular - drags Professor T far from his comfort zone and even forces him to confront his suppressed feelings for an old flame. He also finds it increasingly difficult to escape the influence of his imperious mother (Frances de la Tour), with whom he shares a harrowing family secret that has cast a long shadow over both their lives.

How do you feel about this latest Professor T news? Share your thoughts with us in the comments below and don’t forget to stay tuned for all the renew/cancel 2021-2022 and beyond news!