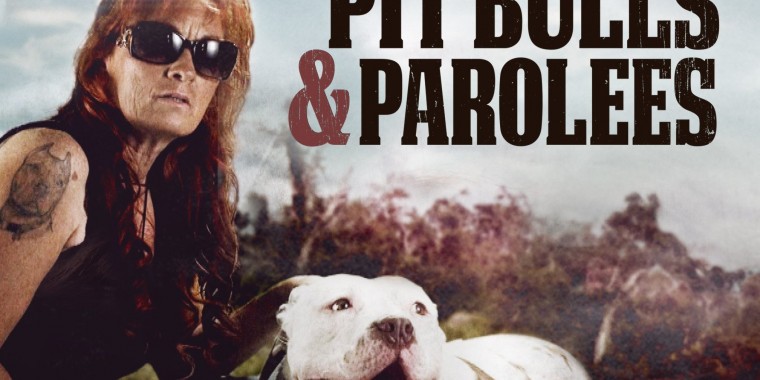 In Animal Planet’s PIT BULLS & PAROLEES, Tia Torres dedicates her life to running Villalobos Rescue Center, the largest pit bull rescue center in the country, where she works tirelessly to dismantle the unfair stereotypes placed on pit bulls. In fulfilling this mission, she also offers a fresh start to individuals recently released from prison who work for her as staffers and volunteers; together they strive to give a new lease on life to dogs that have been discarded, demonized and abused due to the reputation of their breed. In the never-ending battle to save man and man’s best friend, Tia and her family now dedicate their lives to saving any breed of dog in desperate need of help. PIT BULLS & PAROLEES returns to Animal Planet on Saturday, July 25 at 9 PM ET/PT.

After nearly 30 years in rescue, Tia thinks she has seen it all – but this season, New Orleans rescue life keeps her guessing. In the season premiere, Tia and the Villalobos team receive an unexpected call when a local adopter returns her new canine companion, Sweetcakes, soon after taking her home. Mariah, Tia’s daughter, works to rescue Mr. Crowley, a well-behaved dog that was abandoned at a store after his homeless owner could no longer care for him. Viewers also meet Alicia, an extremely emaciated dog desperate for a second chance at life after she is brought to the Villalobos dog boutique in the French Quarter.

This season’s rescues are full of unforgettable ups and downs, including stories of resilience and solidarity. Tia steps in when a rural shelter meets capacity and takes in new dogs to save them from what would’ve been their unfortunate fate. She also takes a pit bull rescued from rough conditions in Kuwait. We’ll also witness the Villalobos family come together when one of Tia’s twin sons is involved in a motorcycle accident, and the entire Villalobos crew pitches in to help with his recovery. Later this season, Villalobos Rescue Center is shocked when their favorite parolee is arrested, leaving his future at the rescue uncertain. Throughout the season, Animal Planet audiences will witness endless heartfelt tales of companionship as dogs find their forever homes.

All past seasons of the show can be viewed in its entirety by audiences in the U.S. on the Animal Planet GO app.

Tia Torres is the heart of Villalobos Rescue Center, the largest Pit Bull rescue center in the U.S. For over 30 years, she and her family have gone above and beyond to give a second chance at life to pit bulls - dogs who have continually been demonized due to the reputation of their breed- and parolees. Now, in an all-new season of PIT BULLS & PAROLEES, new audiences and dedicated fans will be able to witness even more incredible stories of redemption and rescue with Tia and her Villalobos family in their never-ending battle to save man and man's best friend. The new season of PIT BULLS & PAROLEES streams on discovery+ the definitive non-fiction, real-life subscription streaming service, and premieres on Discovery Channel Saturday, Apr. 3 at 8PM ET/ PT.

In the season's premiere, the Villalobos Rescue Center crew is on a mission to catch a runaway dog, while daughter Mariah gets a creative idea for the parolees to design fundraising apparel. We'll also see a family come all the way from sunny California in search of a new furry family member to share in their adventurous lifestyle.

Later this season, audiences will also meet other loving adoptees who travel from far and wide to give these dogs forever homes. We'll see Tia as she visits a Mississippi shelter to give a hybrid wolf dog a second chance at life; daughter-in-law Lizzy as she leans on Tia for support in trying to find a work-life balance as a new mother of two; veteran tenant Lil Rocky as he faces a cancer scare and gets support from the Villalobos crew; and a pair of hearing-impaired dogs, Ben and Spike, who get the care they deserve. Audiences will also witness Tia as she gears up to revamp the Claiborne Warehouse when a hurricane heads straight for New Orleans.

How do you feel about this latest Pit Bulls & Parolees news? Share your thoughts with us in the comments below and don’t forget to stay tuned for all the renew/cancel 2021-2022 and beyond news!