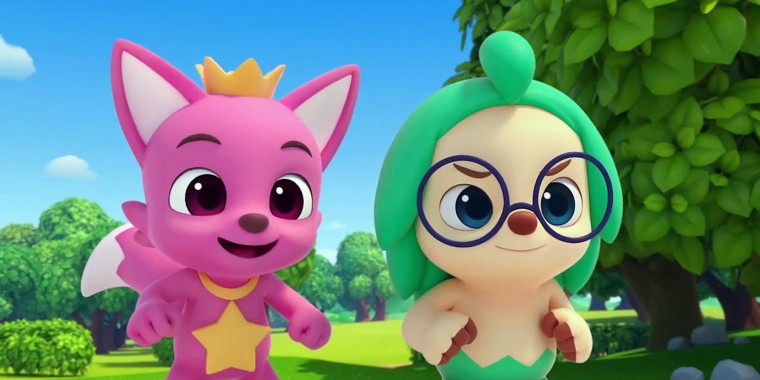 YouTube Originals series "Pinkfong Wonderstar" returns for Season 2. SmartStudy's popular animated series returns with new adventures this November. The 13 new episodes of the series will be sequentially released on Pinkfong's Korean and English official YouTube channels and will be available on the YouTube Kids app starting November 9, at 9am (PST and KST).

"Pinkfong Wonderstar" was the first Korean animated series on YouTube Originals in 2020 and has remained one of the most beloved animated series for families around the globe. The first 13 episodes have been successfully streamed in English and Korean since December 2020 with 73 million views as of October 2021.

YouTube Originals has launched the first 13 episodes of the series in four different languages including Spanish, Portuguese, Indonesian, and Russian in 2021.

"Pinkfong Wonderstar" follows two best friends, Pinkfong and Hogi, as they team up to solve their friends' problems in Wonderville with Pinkfong's magical powers and Hogi's great ideas. Exclusive to YouTube Originals are special clips at the beginning of every episode featuring Pinkfong and Hogi's fun explanation of key learning takeaways from each episode's story.

"We are delighted to introduce another fun-filled adventure of "Pinkfong Wonderstar" on YouTube Originals," said Min Seok Kim, CEO of SmartStudy. "We hope the series continues to bring joy to children across the globe and help them to learn the important values of life with exciting stories and songs and lovable characters."

"Building on our successful partnership with SmartStudy, we are thrilled to bring the global YouTube Kids audience new episodes of Pinkfong," said Nadine Zylstra, Head of Family, Learning and Impact, YouTube Originals. "It is so exciting to see the impact of launching a Global IP across the world and in multiple languages on the same day."

The new episodes of "Pinkfong Wonderstar" will be sequentially released on Pinkfong's Korean and English official YouTube channels every Tuesday and Friday, starting November 9.

How do you feel about this latest Pinkfong Wonderstar news? Share your thoughts with us in the comments below and don’t forget to stay tuned for all the renew/cancel 2021-2022 and beyond news!