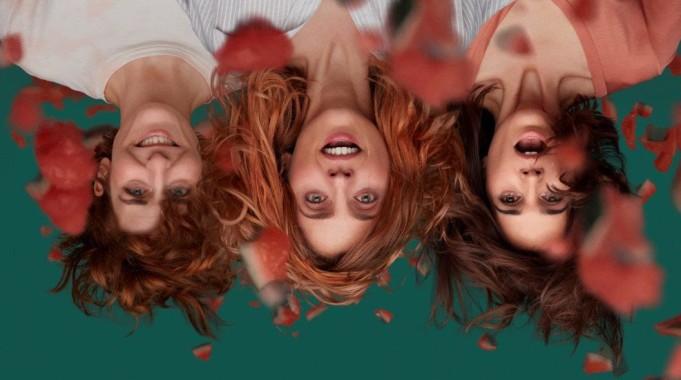 · The second season of PERFECT LIFE (VIDA PERFECTA) is co-produced by HBO Max and Movistar+ and debuts with all six episodes on THURSDAY, DECEMBER 2.

· Logline: Maria (Leticia Dolera) finds it harder to connect with her baby than she ever would have imagined. Though Pablo (Font García) is back in love with Cris (Celia Freijeiro), Cris searches restlessly for the ultimate amorous adventure. Esther's (Aixa Villagrán) wedding with her new partner Julia is coming up but she can never find the right moment to tell her that she's not ready yet.

HBO Max has acquired the first season of Spanish language dramedy PERFECT LIFE (Vida Perfecta). The Spanish language series from star, writer, director, and creator Leticia Dolera follows Maria, Cristina and Esther who are in search of their place in the world as they navigate the humiliations and celebrations that come with being a thirty-something millennial. Season one will debut on Thursday, January 21 on HBO Max. Additionally, HBO Max will co-produce an original second season of the series with Movistar+.

Maria, Esther and Cristina are three women in the middle of a life crisis. They have realized that the plans they had made for themselves haven't really gotten them the long-promised happiness they yearned for. Together, they will find alternatives and make decisions that will lead them away from what society expects from them. They will soon realize that life doesn't necessarily have to be what they always imagined.

"Vida Perfecta" had its world premiere at the San Sebastian Film Festival and was crowned Best Series at the Canneseries Festival, also winning the Special Performance award for its three leads.

"Vida Perfecta" was produced by Movistar+ along with Corte y Confeccion de Peliculas in association with Beta Film, which also handles world sales. A second season has wrapped production in Spain, having been co-produced by HBO Max and debuting on the platform later this year as a Max Original series.

PERFECT LIFE will be featured on HBO Max and can be found on its new International Genre page alongside a curated selection of programming from all around the world. PERFECT LIFE is the latest international program made available to U.S. subscribers and joins Max Originals "4 Blocks" and "Arthur's Life," HBO Europe's "30 Coins," and classics from the HBO Max library including "City of God," "Cinema Paradiso" and "Life is Beautiful."

How do you feel about this latest Perfect Life news? Share your thoughts with us in the comments below and don’t forget to stay tuned for all the renew/cancel 2021-2022 and beyond news!