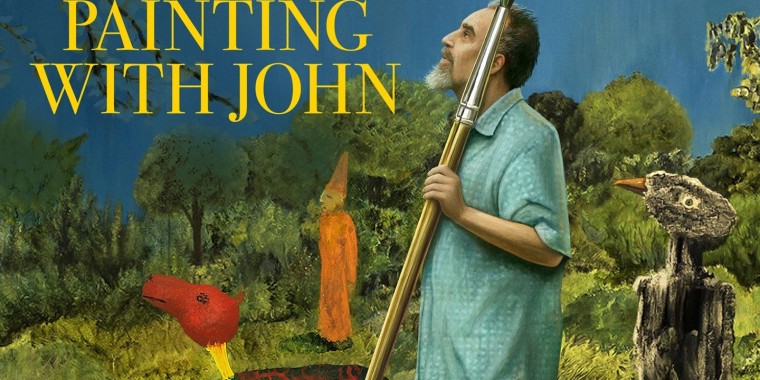 About Painting with John TV Show

HBO Renews PAINTING WITH JOHN For A Second Season

· HBO's unscripted series PAINTING WITH JOHN has been renewed for a second season. Season one debuted in January of this year.

· Nina Rosenstein, executive vice president, HBO Programming quote: "There's something so hypnotic and captivating about John's style. He's a brilliant raconteur with many more stories to tell, and we can't get enough of them."

· John Lurie, writer, director and star quote: "My hope is to make a TV show where people see it and say, 'I have no idea what I just saw, but I couldn't stop watching it and it was wonderful.' I think I can get there in season two."

· Season one of PAINTING WITH JOHN featured musician, actor, director and painter John Lurie ensconced at his worktable, honing his intricate watercolor techniques and sharing reflections on what he's learned about life. Combining images of Lurie's paintings, original music, and irreverent point of view on tapping into your childlike artist side, his overall ambivalence toward fame, and more, the series serves as a reminder to prioritize a little time every day for creativity, fun and a bit of mischief. Season one episodes are currently available to stream on HBO Max.

· LA Times called the series "HBO at it's best," while NPR noted the first season was "hypnotic, soothing, satisfying and profoundly meditative," and New York Times says the show "explores living as an art form itself."

How do you feel about this latest Painting with John news? Share your thoughts with us in the comments below and don’t forget to stay tuned for all the renew/cancel 2021-2022 and beyond news!