Home | Cancellations & Renewals | OWN 2021 Renewals: Ready To Love, Black Love, Family or Fiancé, Put a Ring On It & More! 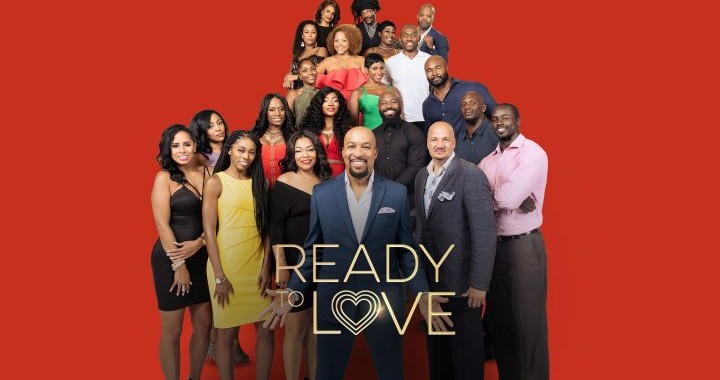 Returning to OWN’s Popular Friday/Saturday Unscripted Block In 2021 Are New Seasons of “Family or Fiancé,” “Black Love,” “Ready to Love,” “Put A Ring On It” and “Love & Marriage: Huntsville”

LOS ANGELES – OWN: Oprah Winfrey Network announced today that it has ordered more than 90 new episodic hours of five popular series to air during the network’s established Friday/Saturday night unscripted programming block throughout 2021, as well as a brand-new unscripted series “Young & Gospel.” The announcement was made by Tina Perry, president, OWN.

“When we expanded our original unscripted programming block to Friday and Saturday nights last fall, viewers showed up in a big way,'” said Perry. “In response to that success, we are giving our audience more of the shows they love along with the new series ‘Young & Gospel,’ which will be a perfect addition to our growing roster.”

The network has also greenlit production on the all-new unscripted series “Young & Gospel,” which will follow the lives of four young gospel artists as they pursue their dreams and live life on their own terms while staying true to their faith and their families. These young women have formed an unconventional sisterhood filled with love, admiration, friendly competition and respect. The series stars singers Koryn Hawthorne, Bri Babineaux, Jekalyn Carr and Christian rapper Wande. It is produced by Thinkfactory Media, an ITV America company. Adam Reed, Adam Freeman, Jordana Hochman, Phil Thornton and Jen McClure-Metz are executive producers.

About the Current Shows:

Record-breaking Hollywood producer Will Packer’s popular dating series hosted by Tommy Miles returns with an all-new cast in Houston exploring the real-life dating interactions of sexy, successful and grown Black men and women who are each looking for lasting love and an authentic relationship. “Ready to Love’s” most recent cycle helped make OWN #1 on Friday nights for African American viewers. The series is produced by Will Packer Media and Lighthearted Entertainment.

“Black Love,” created by husband-and-wife filmmakers Codie and Tommy Oliver continues to present real, honest, emotional, and transparent love stories of Black love from some of the most successful people in business and entertainment, as well as everyday couples. The new season will feature Chance & Tabitha Brown, R&B singer Kenny Lattimore & Judge Faith Jenkins, Grammy winner Ledisi & husband Ron Young, among others! The series is produced by Confluential Films.

Will Packer’s newest unscripted relationship series “Put A Ring On It” returns with all-new episodes featuring three longtime couples who embark on the ultimate relationship test. With help from master relationship coach Dr. Nicole LaBeach, the couples are pushed outside their comfort zones to confront the question they’ve been too afraid to ask: why haven’t they walked down the aisle? While the couples work to confront their deepest fears, they are also given the chance to look outside their current relationships by dating other people. Will they decide it’s time to go their separate ways, or is it finally time to put a ring on it? The series is produced by Will Packer Media and Lighthearted Entertainment.

Hosted by relationship expert Tracy McMillan, “Family or Fiancé” follows engaged couples who bring their disapproving families together for three days under one roof. In this high-stakes social experiment, the couples and extended families participate in activities designed to strengthen their bonds, unpack their differences, and show some very complicated relationships in a whole new light. In the end, the families’ concerns may make the couples reconsider their unions, or revelations might cause any concerns to fall away. “Family or Fiancé” is from Bunim/Murray Productions.

“Love & Marriage: Huntsville” follows the lives of three successful and powerful couples in the thriving city of Huntsville, Alabama. The series features longtime friends Melody and Martell Holt, Marsau and LaTisha Scott and Maurice and Kimmi Scott, whose goals are to put Huntsville on the map, but reality sets in as they struggle with the highs and lows of balancing friendships, marriage and business. “Love & Marriage: Huntsville,” which recently premiered its second season, is currently Saturday night’s #1 original cable series for women and the #1 series across broadcast and cable for African American viewers. The series is produced by Kingdom Reign Entertainment and ITV America.

About Ready to Love TV Show

OWN: Oprah Winfrey Network returns for a hot new Season 6 of its hit dating series "Ready to Love" Friday, July 29 at 8 PM EST | 7 PM CST. This season shows a wide range of hopeful singles from every walk of the Black diaspora. In 2021 and 2022, Ready to Love was Friday night's #1 original cable series among African-American women (18+). The show is executive produced by Will Packer, Kelly Smith of Will Packer Media, and Jeff Spangler and Rob LaPlante of Lighthearted Entertainment.

Host, Tommy Miles is back following a dynamic Season 4 to help a new group of single men and women find love in the DMV area. The new cast of men and women are looking for love from Maryland, Virginia and the D.C. area. With the shift to online dating apps, swiping right, and DMs, the journey to find love has turned into a numbers game. This season, Tommy will guide the singles to find more meaningful and lasting relationships by shifting the focus from quantity to quality, and announcing that there will be only 14 singles to start the journey: seven men and seven women. Every week, the power shifts between the fellas and the ladies as they decide who just isn't ready to love. But just like the mighty Potomac River, Tommy has twists and turns planned, including surprise blind dates to add NEW SINGLES to the mix. By the end, only the strongest couples will remain to decide whether they are genuinely Ready to Love.

Meet this season's cast of women and men.

About "Ready to Love"

Record-breaking Hollywood producer Will Packer's popular dating series hosted by Thomas "Nephew Tommy" Miles explores the real-life dating interactions of sexy, successful, and grown Black men and Black women in their 30s and 40s who are each looking for lasting love and an authentic relationship. Will Packer Media and Lighthearted Entertainment produce the series.

How do you feel about this latest Ready to Love news? Share your thoughts with us in the comments below and don’t forget to stay tuned for all the renew/cancel 2021-2022 and beyond news!