Home | Cancellations & Renewals | Next Influencer Renewed For Season 3 By Paramount+! 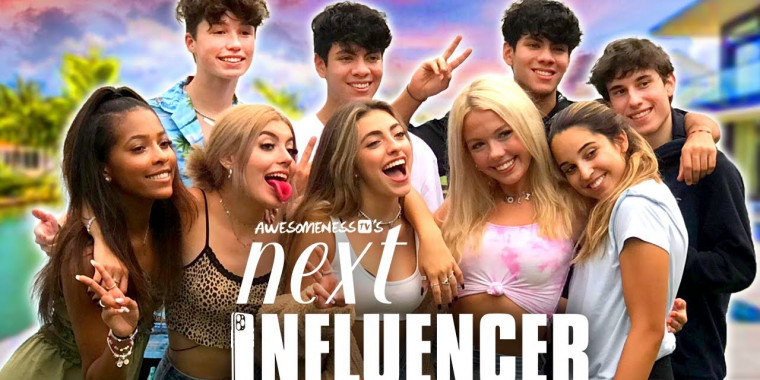 ALL-NEW SEASON OF “NEXT INFLUENCER” LAUNCHES JANUARY 13, 2022 ON PARAMOUNT+

About AwesomenessTV’s Next Influencer TV Show

ViacomCBS Gen Z studio Awesomeness today announced the return of its popular content creator reality competition, Next Influencer. The first five episodes of the new season will drop on January 13, 2022, followed by a weekly release of the season's remaining six episodes on Paramount+. Hosted by past winner and TikTok star Owen Holt, the new season of Next Influencer is the first project from the Awesomeness Unscripted & Digital Franchise Studio to stream on Paramount+.

Over 10 episodes, plus a reunion special, the new season of Next Influencer follows a group of content creators who compete in a series of challenges to prove they have what it takes to become the next big influencer. One contestant will win a prize package that includes a talent contract with Awesomeness.

Vibe Room, a new weekly podcast hosted by Holt that unpacks each Next Influencer episode, will also premiere on Sunday, January 16, 2022, on Spotify, Apple Podcasts, and more. New episodes will drop weekly.

To further celebrate the show's return, Awesomeness will debut a Next Influencer merchandise shop at https://www.awesomenesstv.com/merch as well as a dedicated TikTok account (@NextInfluencer) where fans can gain access to exclusive behind-the-scenes content on the show and cast.

How do you feel about this latest AwesomenessTV’s Next Influencer news? Share your thoughts with us in the comments below and don’t forget to stay tuned for all the renew/cancel 2021-2022 and beyond news!