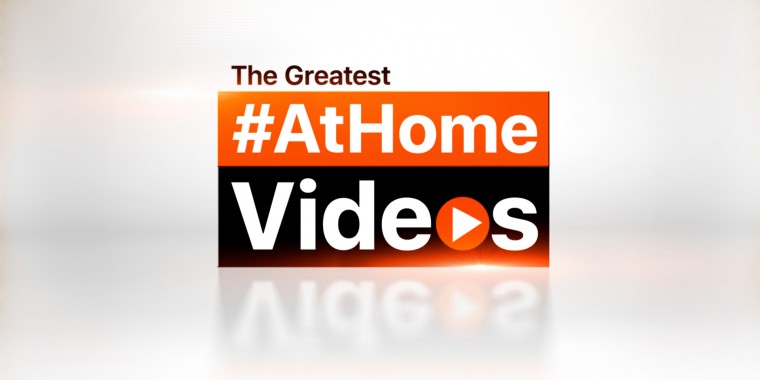 CBS today announced summer premiere dates for two reality series. SECRET CELEBRITY RENOVATION, a new one-hour series that gives celebrities in sports, music and entertainment the chance to gift a surprise home renovation to a meaningful person who helped guide them to success, will premiere Friday, July 9 (8:00-9:00 PM ET/PT). THE GREATEST #ATHOME VIDEOS returns for season two, Friday, August 20 (9:00-10:00 PM ET/PT), on the CBS Television Network. Both programs will also be available to stream live and on demand on the CBS app and Paramount+.

"Whether they're 'In The Heights,' in the end zone, in tribal council or beyond, our SECRET CELEBRITY RENOVATION stars have wowed America through their work, and now they can give something back to the most pivotal person from their hometown past," said Bob Horowitz, executive producer of both SECRET CELEBRITY RENOVATION and THE GREATEST #ATHOME VIDEOS. "And on THE GREATEST #ATHOME VIDEOS front, coming back for season two, we are building on what we learned in season one - that there are creative masterworks bubbling up everywhere on social media, and with Cedric the Entertainer at the helm, the Friday night audience can't get enough of them."

The popular reality series THE GREATEST #ATHOME VIDEOS, hosted by THE NEIGHBORHOOD's star and executive producer Cedric the Entertainer, returns for season two, Friday, August 20 (9:00-10:00 PM ET/PT), after LOVE ISLAND completes its third season. The new one-hour episodes will showcase the creativity, humor and humanity that have become hallmarks of the next generation of viral home videos. Season two will showcase an evolution of the series, featuring new video categories that reflect the world as it continues to reopen, as well as include surprise celebrity appearances. Additional details will be available closer to premiere.

The series originated as a special, THE GREATEST #STAYATHOME VIDEOS, which aired in May 2020 and featured video moments created during our communal quarantine. It returned with additional episodes in July 2000 to provide an entertaining and uplifting snapshot of our world at an unprecedented time. Last summer, THE GREATEST #ATHOME VIDEOS won its time period in total viewers.

Host Cedric the Entertainer surprises a married couple who were forced to cancel their large wedding but still manage to create a touching video of their first dance, in the second of four new specials showcasing the next generation of home videos in the age of social distancing. Also, crazy skills, outlandish pranks and a huge dose of fun are featured. (TV-PG L)

How do you feel about this latest The Greatest #AtHome Videos news? Share your thoughts with us in the comments below and don’t forget to stay tuned for all the renew/cancel 2021-2022 and beyond news!