Home | Cancellations & Renewals | Never Have I Ever Renewed For 4th & Final Season By Netflix! 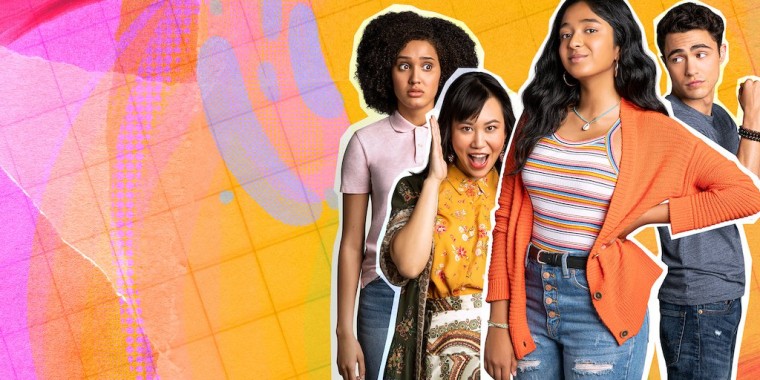 Never Have I Ever receives early renewal for Season 4 ahead of Season 3 premiere; Fourth Season will be Final Season

Netflix has renewed comedy-drama Never Have I Ever for a fourth and final season.

The announcement comes ahead of the previously-announced third season, which is set to launch this summer.

The fourth and final season of Never Have I Ever is slated to bow in 2023.

About Never Have I Ever TV Show

· Season 3 has wrapped production and will return this Summer 2022.

· Mindy Kaling & Lang Fisher: "Hey Crickets, we've got some morning announcements for you: Season 3 of Never Have I Ever is gonna drop this summer! Plus we've just been renewed for a fourth and final season, which we are absolutely thrilled about. We can't wait to reveal all the steamy romance and hilarious adventures we have in store for you. Thanks to all our fans for your support - especially you #Bevi and #Daxton stans. We love you!"

· Bela Bajaria, Netflix Head of Global TV: "We are thrilled to have two more seasons of Never Have I Ever. It's everything we want in a Netflix comedy series: authentic, specific, funny, and full of heart. I love that a story I relate to so deeply - about a young, Indian-American girl - hits on so many universal truths that resonate with just about everyone. We're eternally grateful to Mindy, Lang and the wildly talented cast. And we can't wait for everyone to see the final two seasons!"

· Erin Underhill, President, Universal Television: "Four seasons of Never Have I Ever is truly exciting and a little bittersweet because, as a loyal fan, I'd love Devi's journey to go on forever. But just like high school, all great things must come to an end. A big shout out to our fearless Cricket Queens, Mindy and Lang, and our exceptional cast and crew, who have authentically captured the emotional rollercoaster ride that defines our teenage years. We can't wait to experience all of the messiness, the LOLs and the tears that will surely unfold in Devi's senior year."

Never Have I Ever is a coming-of-age comedy about the complicated life of a modern-day first-generation Indian American teenage girl. In Season 2, Devi (Maitreyi Ramakrishnan) continues to deal with the everyday pressures of high school and drama at home, while also navigating new romantic relationships. Never Have I Ever is created by executive producer Mindy Kaling, with Lang Fisher serving as co-creator, executive producer, showrunner and writer. The Universal Television project is also executive produced by 3 Arts Entertainment's Howard Klein and David Miner.

How do you feel about this latest Never Have I Ever news? Share your thoughts with us in the comments below and don’t forget to stay tuned for all the renew/cancel 2021-2022 and beyond news!