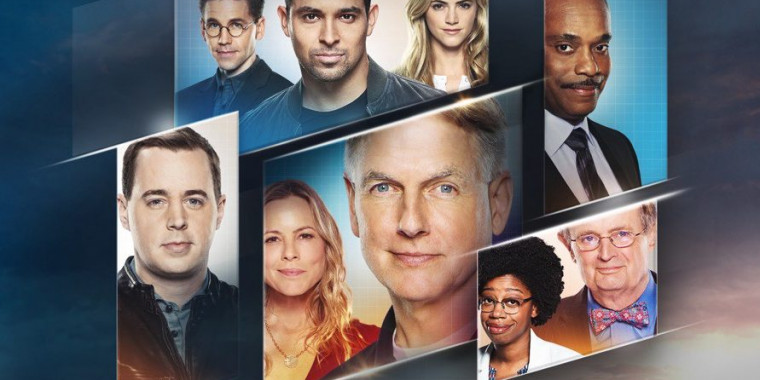 “SEAL Team” Movie Being Produced for Paramount+ in U.S.

For the first time, CBS Studios will expand one of its biggest and most successful global franchises into a new international edition, NCIS: SYDNEY. The series, which is slated for 2023, will feature local stories with Aussie actors and producers and be filmed in one of the world’s most scenic harbor cities. NCIS: LOS ANGELES creator and Australian Shane Brennan is attached.

CBS will also expand the storytelling universe for the hit Paramount+ drama SEAL TEAM, producing a stand-alone movie for the streaming service. The movie will come from the series creative team of David Boreanaz, Christopher Chulack and Spencer Hudnut.

“These two projects represent two new ways we are expanding our studio footprint while supporting the company’s mission to drive streaming,” said Cheeks. “We have the producing roster, production infrastructure and deep library to be creative and nimble with franchises and other IP for both domestic and international audiences.”

Another CBS Studios IP, THE GAME, was recently reimagined as a Paramount+ Original after previous editions on The CW and BET. The modern-day examination of Black culture through the prism of pro football launched on Paramount+ in November 2021. THE GAME has been a top 10 series during its run on the service and has been renewed for a second season.

CBS has renewed all three hit dramas in the NCIS franchise for the 2022-2023 broadcast season. The returning CBS Original series are #1 broadcast series NCIS, top freshman drama NCIS: HAWAI`I and NCIS: LOS ANGELES. Additional renewals will be announced in the coming weeks.

"NCIS, one of the most popular and enduring series in the world, and fan favorite NCIS: LOS ANGELES have been hugely successful on the CBS schedule for years," said Kelly Kahl, president, CBS Entertainment. "With the strong new addition of NCIS: HAWAI`I, we are able to expand the strength of this formidable franchise across our schedule. We couldn't be more excited to have all three talented casts and creative teams back to bring more compelling NCIS stories to viewers in the U.S. and around the globe."

NCIS is the #1 broadcast series this season, delivering 11.11 million viewers and improving its new Monday 9:00 PM time slot by +149%. This season, NCIS has amassed over 95.8 billion potential social media impressions.

NCIS (Naval Criminal Investigative Service) is more than just an action drama. With liberal doses of humor, it's a show that focuses on the sometimes complex and always amusing dynamics of a team forced to work together in high-stress situations. NCIS Special Agent Leroy Jethro Gibbs, a former Marine gunnery sergeant, whose skills as an investigator are unmatched, leads this troupe of colorful personalities. Gibbs, a man of few words, only needs a look to explain it all.

The team includes NCIS Special Agent Anthony DiNozzo, an ex-homicide detective whose instincts in the field are unparalleled and whose quick wit and humorous take on life make him a team favorite; the youthful and energetic forensic specialist Abby Sciuto, a talented scientist whose sharp mind matches her Goth style and eclectic tastes, NCIS Special Agent Timothy McGee, an MIT graduate whose brilliance with computers far overshadows his insecurities in the field, and the newest member of the team, Eleanor "Ellie" Bishop, a former NSA analyst .

Assisting the team is medical examiner Dr. Donald "Ducky" Mallard, who knows it all because he's seen it all, and he's not afraid to let you know. Rounding out the team is NCIS director Leon Vance, an intelligent, highly trained agent who can always be counted on to shake up the status quo. From murder and espionage to terrorism and stolen submarines, these special agents travel the globe to investigate all crimes with Navy or Marine Corps ties.

How do you feel about this latest NCIS news? Share your thoughts with us in the comments below and don’t forget to stay tuned for all the renew/cancel 2021-2022 and beyond news!