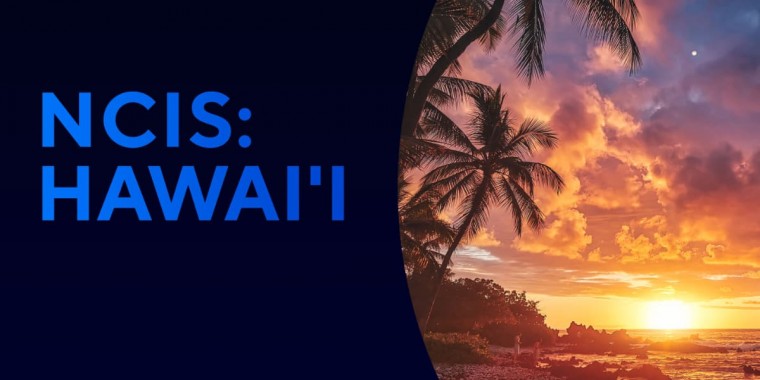 New CBS original series NCIS: HAWAI’I kicked off its first season production at Mokulē’Ia Beach on Oahu with a traditional Hawaiian blessing in honor of its host Hawaiian culture, which was held in line with the series’ overall filming safety protocols. The event took place on Wednesday, June 16.

Series stars Vanessa Lachey, Noah Mills, Jason Antoon, Yasmine Al-Bustami and Tori Anderson, as well as the producers and the NCIS: HAWAI’I crew, participated. Kahu (Officiant) Ramsay Taum officiated the ceremony, which included traditional royal maile leis, Oli Aloha (welcoming chant), and Pule Ho’oku’u (closing prayer). In honor of the show’s premiere season, the ceremony centered on the constant motion of the ocean and how the moving ocean waters, driven by the winds and tides, connects the entire planet.

NCIS: HAWAI’I will premiere in the fall, airing Monday (10:00-11:00 PM, ET/PT) on the CBS Television Network and available to stream live and on demand on the CBS app and Paramount+.

The world's most successful television series continues on the seductive shores of the Aloha State with NCIS: HAWAI ' I, where the first female Special Agent in Charge of NCIS Pearl Harbor, Jane Tennant (Vanessa Lachey), has thrived and risen through the ranks by equal parts confidence and strategy in a system that has pushed back on her every step of the way. Together with her unwavering team of specialists, they balance duty to family and country while investigating high-stakes crimes involving military personnel, national security and the mysteries of the sun-drenched island paradise itself. Matt Bosack, Jan Nash and Christopher Silber serve as executive producers for CBS Studios. Larry Teng is an executive producer and directed (initial episode only) from a script by Bosack, Nash and Silber.

How do you feel about this latest NCIS: Hawaiʻi news? Share your thoughts with us in the comments below and don’t forget to stay tuned for all the renew/cancel 2021-2022 and beyond news!