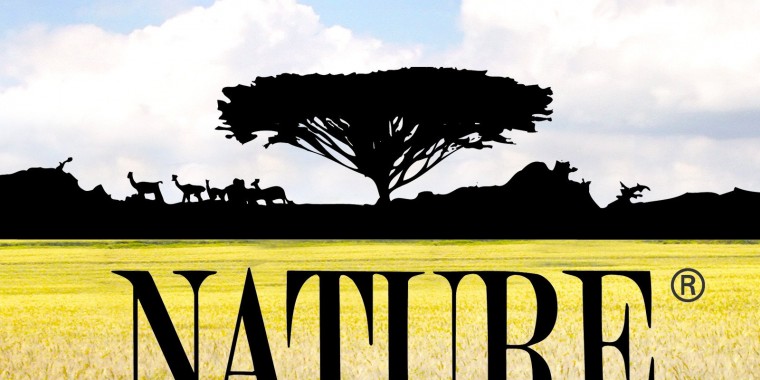 Features new documentaries about the Rocky Mountains, every known species of penguin, American horses, Animals with Cameras and more

The WNET Group's Emmy- and Peabody Award-winning series Nature celebrates its 40th anniversary with new episodes Wednesdays at 8 p.m. beginning October 20 on PBS (check local listings), pbs.org/nature and the PBS Video app. Season 40 premieres with My Garden of a Thousand Bees, which follows wildlife cameraman Martin Dohrn, who filmed all the bees he could find in his tiny urban garden in Bristol, England, during the COVID-19 lockdown. By the end of the summer, Dohrn saw more than 60 species of bees and unlocked new knowledge about the diversity of personalities in this insect family.

From the wild Rocky Mountains to the Pony Express Trail, witness some of North America's most iconic wildlife in their natural habitat, including grizzly bears, bison, wild mustangs, Appaloosas, ospreys, bighorn sheep and many more. Using the latest filmmaking technology, Nature reveals new information about beloved animal favorites, such as elephants, penguins and wild horses, and the threats they face. Animals with Cameras returns for a second installment, featuring animals outfitted with lightweight, specially designed cameras that provide a glimpse into the inner lives of turtles, bats, koalas, sharks, kangaroos and more.

"Throughout its storied history, Nature has inspired millions of people to discover the wonder and beauty of our natural world," said Paula Kerger, president and chief executive officer for PBS. "As issues of conservation and climate change become increasingly important, this iconic series will continue to educate and enlighten audiences through best-in-class documentary films."

"It's been an honor to be with Nature for four decades now," said Fred Kaufman, executive producer for Nature. "From the beginning, our mission has been to be a voice for the natural world, and we will continue to be that voice for years to come."

Nature: My Garden of a Thousand Bees (Season 40 premiere)

A story of surprise and revelation. A veteran wildlife cameraman is bee-obsessed. Seeking refuge from the pandemic in a small city garden, he is filming the wild bees that live there with mind-blowing results. From giant bumblebees to scissor bees the size of a mosquito, he has seen more than 60 species of bee. But more importantly, he is developing a close relationship with an individual bee he follows through its entire life.

Nature: Season of the Osprey

A veteran pair of ospreys return home to a Connecticut saltmarsh. Over one summer they must battle their enemies, withstand the elements, and hunt hundreds of fish, all to raise the next generation of these consummate sea hawks.

Nature: The Elephant and the Termite

Witness the creation of one of Africa's greatest wildlife meeting places and the site of extraordinary drama: the waterhole. From mighty elephants to tiny termites, an entire community of creatures call the waterhole their home.

Journey deep into the wild heart of North America's Rocky Mountains and experience this rugged land through the eyes of its iconic wildlife. Follow the drama as newborns make their way in one of the world's most challenging and spectacular habitats on Earth.

A celebration of one of Earth's most iconic and beloved birds, featuring footage of all 17 species of penguins for the first time, from New Zealand, Cape Town, the Galapagos Islands and Antarctica.

New filming technology brings the story of South Africa's annual sardine run vividly to life like never before. Between May and July each year, the sardine run sees billions of sardines spawning and travelling up the coast, providing a feast for an array of marine predators.

Following the popularity of Equus: Story of the Horse, Nature turns its cameras to the uniquely American horse breeds that helped shape our nation, such as the Mustang, Appaloosa, Morgan and Quarter Horse.

Nature: Running with the Beest

It is one of nature's most spectacular events - the million strong wildebeest migration across the heart of East Africa culminating in the dramatic moment they must cross the Mara River. See how this iconic wildlife event is a major moment in the life cycle for every predator, prey and scavenger involved.

Led by executive producer Fred Kaufman, Nature pioneered a television genre that is now widely emulated in the broadcast industry, bringing the natural world to millions of viewers. Consistently among the most-watched primetime series on PBS, Nature continues to innovate through original digital programming and a commitment to converting viewers into doers.

The series has won more than 700 honors from the television industry, the international wildlife film communities and environmental organizations, including 19 Emmys and three Peabodys. Nature received two of the wildlife film industry's highest honors: the Christopher Parsons Outstanding Achievement Award given by the Wildscreen Festival, and the Grand Teton Award given by the Jackson Hole Wildlife Film Festival. The International Wildlife Film Festival honored Kaufman with its Lifetime Achievement Award for Media.

How do you feel about this latest Nature news? Share your thoughts with us in the comments below and don’t forget to stay tuned for all the renew/cancel 2021-2022 and beyond news!