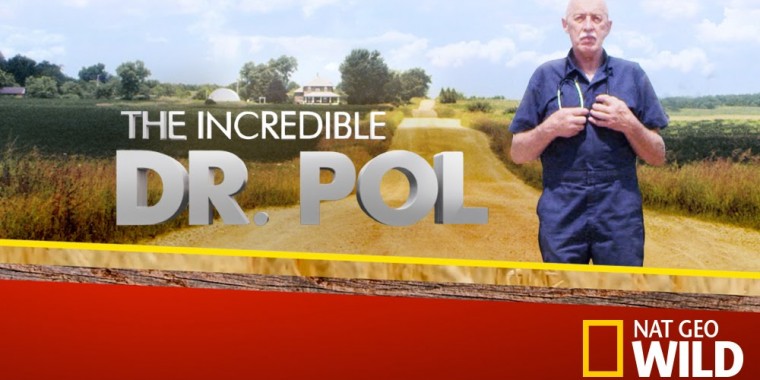 CELEBRATING ITS 10TH ANNIVERSARY ON AIR THROUGHOUT 2020, NAT GEO WILD BARKS ABOUT ITS 2020-21 UPFRONT SLATE OF RETURNING FAVORITES, NEW SERIES AND STUNTS

As the fastest-growing network for animal lovers of all ages, Nat Geo WILD is currently celebrating its 10th-year milestone, boasting a decade of continuously diverse and entertaining content. In fact, while people have been at home, Nat Geo WILD has been experiencing double-digit growth this quarter across all dayparts among P25-54 versus the prior year (Total Day +45%, Prime +38% YOY). Among total viewers, April, alone, was the highest-rated month in Total Day Nat Geo WILD has seen since September 2018.

Today, the network that launched Dr. Pol and made the Dog Whisperer a household name unleashes its largest upfront slate to date, packed with returning fan-favorite hits, bold new series and stunts the entire family can “fin”-joy together.

This year’s upfront slate includes the network’s longest-running series, The Incredible Dr. Pol, featuring viewers’ favorite “no-nonsense Dutch American doctor who can fashion a goat’s leg splint out of parts from an old apple barrel” (LA Times); and the heartwarming hit Heartland Docs, DVM, spotlighting husband-and-wife Drs. Erin and Ben Schroeder, who have been devoted to veterinary medicine for more than 15 years in America’s heartland.

“At a time when families find themselves spending more time together, the need for inspiring programming the entire family can enjoy is ever more pronounced,” says Monroe. “Nat Geo WILD has become the leading destination for programming about animals and the people who love them, offering extraordinary and heartwarming stories that entertain, inspire and educate viewers of all ages. It’s no wonder Nat Geo WILD has experienced record ratings during this period. ”

The 2020-21 Upfront Slate Includes the Following: (Please note: All are working titles and subject to change.)

The Dog Whisperer is back! The world and its “pet parents” have changed since The Dog Whisperer made its debut 16 years ago. People are working longer hours, techno-ference (constant distractions from texting, social media, 6,000 cable channels and apps galore) is on the rise, and owners’ relationships with their dogs are suffering. Add to that the fact that, right now, dog adoptions have hit record highs – up to 90 percent in some major cities. That’s great news, but there’s a flip side: more pooches; more problems, and all of this is prompting a host of new canine behavioral problems at a time when we need our dogs the most. Pet owners across America need help, and Cesar Millan is ready to show them the way. Cesar’s positivity is a beacon of light in troubled times; his can-do attitude and his heartwarming transformations make us feel like we can overcome all obstacles, starting with our own disgruntled, four-legged pals! Get ready for a new look and a newly energized and exuberant leader of the pack!

Secrets of the Zoo: North Carolina

Welcome to North Carolina, home to one of the largest zoos in the world. Spread out over an enormous 2,600 acres, this AZA-accredited zoo has more than 1,000 individual animals, more than 200 species and a diverse range of landscapes, including a swamp, prairie, grasslands, forest and even a desert. Animals live in these lush natural environments and even share habitats as they would in the wild. At a time when the traditional concept of a zoo may seem out of sync with animal welfare, the North Carolina Zoo leads the way and has achieved multiple awards for its global conservation work. Secrets of the Zoo: North Carolina features stories of every kind, including emergency and routine animal procedures, animal husbandry and the rehabilitation and release of native wildlife.

Secrets of the Zoo Season Four

Secrets of the Zoo is back with a fourth season of unprecedented access to one of the nation’s largest and most popular zoos: The Columbus Zoo and Aquarium! Featuring the dramatic, hilarious and heartwarming stories of what it takes to care for the zoo’s 10,000 animals across almost 12,000 acres of facilities, this series takes viewers behind the scenes to witness America’s favorite zoo at work. This fan favorite shines a light on veterinary care, feeding, live birth and expanding habitats, along with all the wildlife and wild people who work together to make it all happen!

On this rip-roaring season of The Incredible Dr. Pol, the docs are off to the races, zooming from critical clinic visits to emergency farm calls. Strap in for a wild ride as the crew of Pol Veterinary Services works seven days a week pulling calves, pushing prolapses and triaging the mayhem that comes with central Michigan territory. It’s sure to be a wild ride on this abscess-draining, bull-wrangling, baby-snuggling, momentous season of The Incredible Dr. Pol!

Famed dog behavior specialist Matt Beisner returns for another season of Dog: Impossible, tackling some of the toughest cases in town. Working with some of the most dangerous and aggressive dogs, Matt and his team keep on fighting for the dogs that everyone else has given up on. He’s out to make a difference in the lives of dogs and their owners because no matter how tough the case may be, he still believes one thing… there are no bad dogs.

In Hartington, Nebraska, Drs. Ben and Erin Schroeder put thousands upon thousands of miles on their truck as they crisscross America’s Heartland, employing their expertise to treat all creatures great and small. From furry pets at the clinic to herds of cattle by the hundreds, there are few vets who have the skill and heart to take on the unique challenges that come their way every day. It doesn’t matter if they’re up against intense summer heat, the bitter cold, white-out blizzards or impassable roads, the Schroeders will do whatever is necessary to treat animals in distress, including opening their clinic on the weekends with the help of their sons Chase and Charlie or making farm calls in the middle of the frigid night. The Schroeders’ dedication to their hometown, and the animals that are a part of it, is what makes them invaluable members of the local community.

Lifelong friends Drs. Vernard Hodges and Terrence Ferguson are back for another wildly extraordinary new season of their hit series Critter Fixers. The docs, who own and operate Critter Fixer Veterinary Hospital, located 100 miles south of Atlanta, work around the clock with their loving staff to bring heart, soul and a lot of humor to their treatment and care of more than 20,000 patients a year. Between emergency visits to the office and farm calls throughout rural Georgia, this special team constantly encounters unique cases. For the Critter Fixer team, there is no such thing as “normal.”

Making house calls in the far reaches of the Great North is a daunting task in the least, considering the houses may be separated by hundreds of miles. That challenge doesn’t stop Dr. Michelle Oakley from performing her many duties as a veterinarian in one of the most rugged environments on Earth. In addition to running an animal clinic out of her home, she makes house calls, sometimes driving for long stretches through desolate wilderness to check on a patient. This series documents how Dr. Oakley juggles being a full-time vet, wife and mom, and does so with a sense of humor and devotion.

Each year hundreds of young professional athletes pick up and move to one of 32 major cities in order to live their dream and achieve greatness. This transition; however, could become a bit lonely, which is why they may want to bring along a companion: a rescue puppy! Just as cities get new players, they also are getting new mascots. This is…The Puppy Draft! Nat Geo WILD is “drafting” the cutest, furry friends for “paw-fect” matches with star athletes to join their new teams and hometowns. See which puppy mascot ends up as the No. 1 draft pick!

In the two-hour Photo Ark special, tag along with National Geographic photographer Joel Sartore on his quest to photograph every species living in the world’s zoos and wildlife sanctuaries using the power of photography to inspire people to save species at risk. He’ll stop at nothing to achieve his goal (and just last week he documented his 10,000th species), even if it means following a giant armadillo into a bathroom! Deep in the Amazon rainforest, Joel dives underwater to photograph the largest resident of South America, the Amazonian manatee. Out of his wetsuit and armed with emergency oxygen and his camera, we follow Joel 12,000 feet up to the Colorado Rockies just so he can photograph the American pika, a tiny relative of the hare.

The 12 Days of Pol are back with more raucous reindeer, more pregnant puppies and all the vets of Pol Veterinary Services for 12 packed days of all the The Incredible Dr. Pol episodes you can binge.

Binge your favorite episodes of The Incredible Dr. Pol during our Pol-ympic marathon full of memorable cases and fun-filled moments to find out which episode will win the gold medal for best vet!

With 100,000 patients, Dr. Pol has seen it all. Specializing in large farm animals, this senior is anything but retiring as he takes an old school, no-nonsense approach to veterinary medicine. Unflappable and unstoppable, this Doc routinely puts in 14-hour days and is a legend in the community. In this series, we travel with Dr. Pol across rural Michigan to care for every family pet and head of livestock in need of his expertise.

Wondering how your other Nat Geo WILD shows are doing? Check out the Nat Geo WILD 2021 TV scorecard page, where you can find the cancel/renew status of all Nat Geo WILD TV shows!

How do you feel about this latest The Incredible Dr. Pol news? Share your thoughts with us in the comments below and don’t forget to stay tuned for all the renew/cancel 2021-2022 and beyond news!