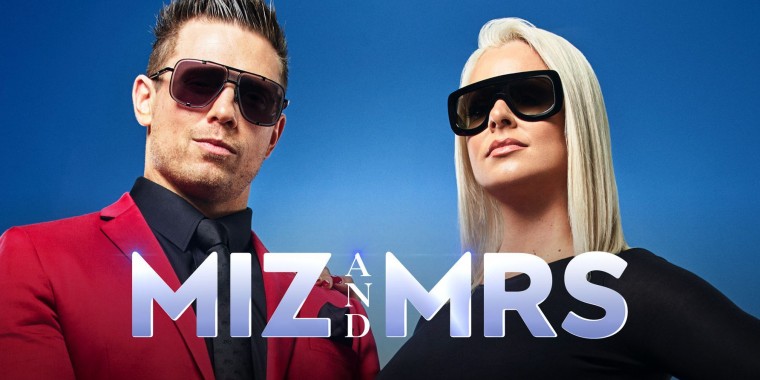 As announced today during WWE(R) Superstar Mike "The Miz(R)" Mizanin's appearance on "The Ellen DeGeneres Show," USA Network has renewed the hit unscripted series "Miz & Mrs" for a third season. Ranking among the top 10 returning series in year-over-year growth across all key demos*, "Miz and Mrs" gives an exclusive glimpse into the luxurious lifestyle of married WWE Superstars, The Miz, Maryse(TM) and their eccentric family. The 10-episode season three is expected to air in 2022.

"We are overjoyed that we are able to continue giving fans a front row seat into our crazy lives," said The Miz and Maryse. "Season three is going to be AWESOME!"

At the end of season two, which aired earlier this year, Mike and Maryse celebrated an anniversary, had a pregnancy scare and took a step to ensure they wouldn't have any more false alarms. While that is usually more than enough for a family to navigate, both their moms decided they were ready to date, Mike helped his dad find a hobby-turned-business and Maryse achieved entrepreneurial success.

Catch up on the first two seasons of "Miz & Mrs" now streaming on Peacock.

"Miz and Mrs" gives an exclusive glimpse into the luxurious lifestyle of married WWE Superstars, The Miz(R), Maryse(TM) and their eccentric family. In the upcoming six episodes, Mike and Maryse celebrate an anniversary, have a pregnancy scare, and think about joining a country club. While that is usually more than enough for a family to navigate, their moms decide they are ready to date, Mike creates a man cave and helps his dad find a hobby, and Maryse launches her Volition Beauty Yaupon Tea Glow-Awakening Moisturizer.*

"Miz and Mrs" is a part of USA's growing unscripted lineup, which also includes family docu-comedies "Chrisley Knows Best," "Growing Up Chrisley," "She's The Boss" and "The Rev," WWE-related series "Straight Up Steve Austin," and the buzzy "Temptation Island" reboot.

*Maryse is NBCUniversal's first Innovator to participate in a collaborative partnership between NBCUniversal and Volition, and NBCUniversal may receive a portion of the revenue from Maryse's moisturizer.

How do you feel about this latest Miz & Mrs news? Share your thoughts with us in the comments below and don’t forget to stay tuned for all the renew/cancel 2021-2022 and beyond news!