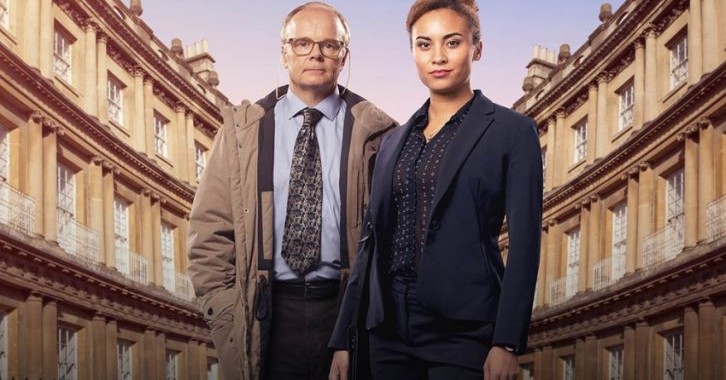 Set in picturesque Bath, the series pairs fiesty DCI McDonald, who has recently transferred from London’s Met Police, with the modest and unassuming DS Dodds, who has been happy in the background for most of his working life. Thrown together seemingly with nothing in common, they forge a rumbustious, and ultimately highly effective crime solving partnership.

Created and executive produced by Robert Murphy, who is the lead writer for the series, McDonald & Dodds will once again be filmed in the West Country. The brand new episodes will be directed by Alex Pillai (Chilling Adventures of Sabrina, Riverdale), Rebecca Rycroft (Malory Towers, Danny and Mick) and Ian Aryeh (In The Long Run, Andy and the Band).

The new series has been commissioned by ITV’s Drama Commissioner Huw Kennair Jones and Head of Drama, Polly Hill. Huw will oversee production of the drama from the channel’s perspective.

“We’re delighted with the audience reaction to the first series of McDonald and Dodds. The two characters couldn’t be further apart, which is what makes the series so intriguing to watch. They shouldn’t have chemistry, but they do, and they work brilliantly in partnership which is testimony to Robert’s script and Tala and Jason for bringing McDonald & Dodds to life.”

“We are thrilled that Robert Murphy’s clever storytelling was a hit with audiences earlier this year. McDonald & Dodds are a quirkily unique investigative team brought to life beautifully by Tala Gouveia and Jason Watkins. We’re really pleased ITV have commissioned more films and look forward to returning to film in Bath.”

The first series is available to view via streaming platform Britbox. Series one launched with a consolidated rating of 6.4m and a 26% share of the available audience and boasted an impressive guest cast list alongside Tala Gouveia and Jason Watkins which included Robert Lindsay, Rosalie Craig, Ellie Kendrick, Susannah Fielding, Joanna Scanlan, Michele Dotrice, Freddie Fox and Hugh Dennis.

Jason Watkins commented about the new run: “I’m delighted to be returning to Bath for the third series of McDonald & Dodds. Tala and I are so thrilled to be in a partnership which the audience seem to have affection for. It’s gratifying that we’ve been able to bring a little sunshine in these difficult times. I look forward to filming in the beautiful city of Bath and to Dodds solving more puzzles with Lauren McDonald. I’m bracing myself for more chips in butter!”

Tala Gouveia added: “I can’t wait to start filming again and to see what adventures writer Robert Murphy takes us on next! It’s always a pleasure to work with Jason and our wonderful casts. Bring on series three!”

Creator Robert Murphy (Vera, Shetland, DCI Banks) added: “It's a real privilege to for me to return to Bath to re-engage with the world of McDonald & Dodds and our other regular characters. I'm delighted to be cooking up more mystery puzzles as well as exploring the deepening and fun relationship between our two leads.”

The first and second series are available to view via streaming platform Britbox. ITV Studios will distribute the drama internationally. Filming will begin on the third series during the summer of 2021.

Mammoth Screen is one of the UK’s leading production companies. Current and forthcoming shows include The Serpent for BBC/Netflix, Noughts + Crosses, World on Fire and Grime Kids for the BBC, and Endeavour and The Tower for ITV. Mammoth Screen is an ITV Studios Company.

Wondering how your other ITV shows are doing? Check out the ITV 2021 TV scorecard page, where you can find the cancel/renew status of all ITV TV shows!

How do you feel about this latest McDonald & Dodds news? Share your thoughts with us in the comments below and don’t forget to stay tuned for all the renew/cancel 2021-2022 and beyond news!