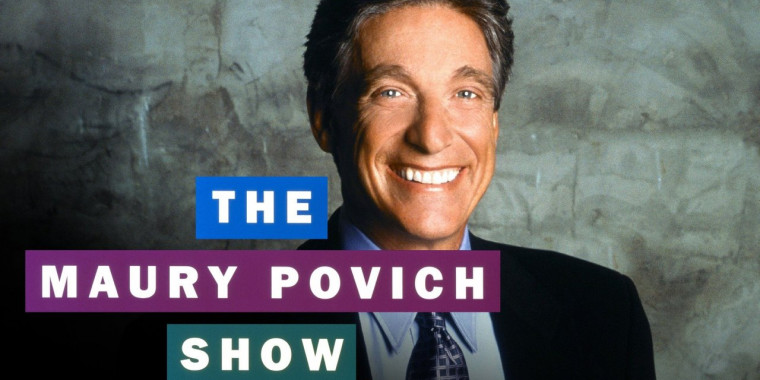 It’s the end of a long road for Maury.

The long-running talk show is coming to an end, it has been confirmed. Maury, currently in its 31st season, will conclude in September 2022.

The news aligns with host Maury Povich’s plans to retire.

"It is no surprise that 'Maury' continues to resonate with audiences," Wilson said. "Maury's connection with his guests and no-nonsense brand of storytelling, along with our talented production team, has made 'Maury' a mainstay in daytime TV, consistently delivering entertaining content."

"Like my father used to say about his marriage to my mother after 60 years, we take this one decade at a time. With the 'Maury' show and NBC, it's a great marriage," Povich said.

"It has been a blessing not only to work alongside Maury Povich for the past two decades, but with our NBCUniversal family as well," said executive producer Paul Faulhaber. "I'm thrilled to have the opportunity to continue to create more compelling, entertaining content for our loyal viewers. Their support over the years has been nothing short of extraordinary."

"Maury" continues to be a top performer in the daytime syndication marketplace. For the 2019-20 season, the show has an average of 1.6 million daily viewers and ranked as a top-rated syndicated talk show among all key women, men, and adult demographics. "Maury" continues to attract an advertiser-friendly audience with one of the youngest audiences in the daytime syndication landscape and by ranking as a top syndicated talk show among adults 18-49 ratings for the ninth consecutive season (2011-20). "Maury" is a ratings winner for its local station partners by building +17% over its lead-in and by growing +14% from its first quarter-hour to its fourth quarter-hour among the key women 25-54 demographic.

How do you feel about this latest Maury news? Share your thoughts with us in the comments below and don’t forget to stay tuned for all the renew/cancel 2021-2022 and beyond news!