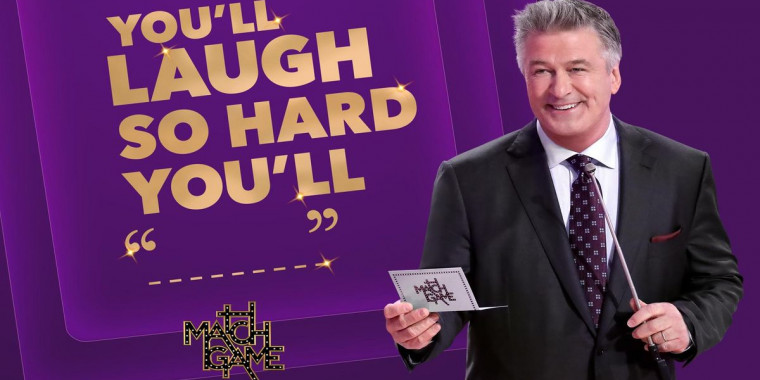 ABC is cleaning house with a number of game show cancellations.

The network has cancelled Match Game, Card Sharks, The Celebrity Dating Game and The Hustler.

Match Game ran for five seasons before cancellation, while Card Sharks and The Hustler both survived for two seasons. The Celebrity Dating Game was cancelled after just a single season.

It's bawdy, irreverent and a whole lot of fun! The iconic panel game show returns to primetime, and is hosted by Golden Globe and Emmy Award-winning actor Alec Baldwin. The 10-episode series revival features four contestants each week as they attempt to match the answers of six celebrities in a game of fill-in the missing blank. From quick-witted comedians to a multi-talented designer, to stars of stage and screen, the stellar lineup of panelists includes Golden Globe, Emmy, Tony and Grammy Award-winning entertainers, who are sure to make for an unpredictable_______...

Golden Globe(R) and Emmy Award-winning actor Alec Baldwin is back and ready to BLANK when “MATCH GAME” returns for season five this summer on SUNDAY, MAY 31 (10:00 – 11:00 p.m. EDT). Produced by Fremantle, the bawdy panel game features four contestants each week vying for the chance to win $25,000, as they attempt to match the answers of six celebrities in a game of fill-in-the-blank. Upcoming celebrity panelists include Amy Sedaris, Angie Harmon, Bob Saget, Christie Brinkley, Fred Armisen, Jane Krakowski, Padma Lakshmi and Vivica A. Fox, among many others. “Match Game” is executive produced by Scott St. John, Alec Baldwin, Mallory Schwartz and Fremantle’s Jennifer Mullin.

How do you feel about this latest Match Game news? Share your thoughts with us in the comments below and don’t forget to stay tuned for all the renew/cancel 2021-2022 and beyond news!