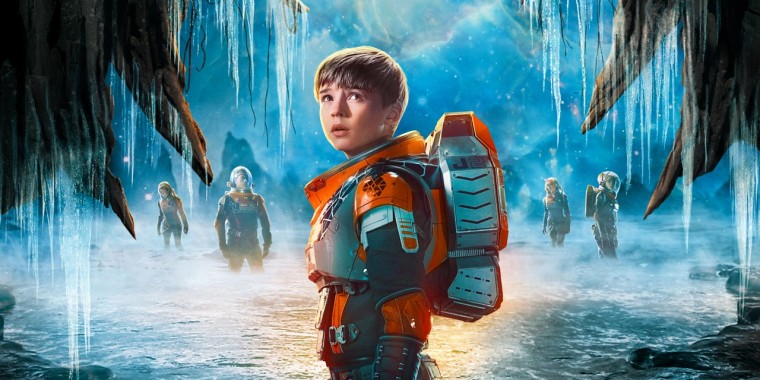 The Robinsons are back and Lost in Space Season 3 is officially back in production! pic.twitter.com/GTiq722as7

About Lost In Space TV Show

Official teaser trailer for the third and final season of Lost in Space. All episodes drop December 1, 2021, only on Netflix.
LOST IN SPACE

In the third and final season of Lost in Space, the stakes are higher than ever and the Robinson family's survival instincts will be put to the ultimate test. After a year of being trapped on a mysterious planet, Judy, Penny, Will and the Robot must lead the 97 young Colonists in a harrowing evacuation -- but not before secrets are unearthed that will change their lives forever. Meanwhile John and Maureen -- with Don at their side -- must battle overwhelming odds as they try to reunite with their kids. The Robinsons will have to grapple with the emotional challenge of not just being lost -- but being separated from the ones they love... as they face the greatest alien threat yet.

Lost in Space has been renewed by Netflix for a third season, in which The Robinson Family’s epic space journey towards Alpha Centauri will conclude.

Estrin says, “From the beginning, we’ve always viewed this particular story of The Robinsons as a trilogy. A three part epic family adventure with a clear beginning, middle and end. It’s also worth noting that, with what these characters go through just trying to survive each episode — if anyone deserves to catch their breath before their next mission — it’s Will, Penny, Judy, Maureen, John, Don West, Dr. Smith… and The Robot. And, of course, Debbie the Chicken. So while this chapter of Lost In Space is coming to a rousing conclusion, I’m excited about continuing to explore new stories with my friends at Netflix, and for all of the incredible possibilities that lie ahead.”

Ted Biaselli, Director of Original Series at Netflix, added, “We are so thrilled to share more adventures of The Robinson Family and see their journey through to what is sure to be an epic finale. We’re especially thankful to Zack Estrin, Matt Sazama, Burk Sharpless, Kevin Burns and Jon Jashni for helming Lost in Space, which has brought viewers a premium action-packed and visually spectacular series that the whole family can enjoy together, and we can’t wait for our family audiences to see where season 3 will lead!”

Lost in Space is a Netflix original series, produced by Legendary Television.

Lost in Space 3 is expected to premiere in 2021. Lost in Space season 2 premiered on December 24, 2019. Lost in Space season 1 premiered April 13, 2018.
Lost in Space is a Netflix Original dramatic and modern reimagining of the classic 1960’s science fiction series. Set 30 years in the future, colonization in space is now a reality, and the Robinson family is among those tested and selected to make a new life for themselves in a better world. But when the new colonists find themselves abruptly torn off course en route to their new home they must forge new alliances and work together to survive in a dangerous alien environment, lightyears from their original destination.

How do you feel about this latest Lost In Space news? Share your thoughts with us in the comments below and don’t forget to stay tuned for all the renew/cancel 2021-2022 and beyond news!