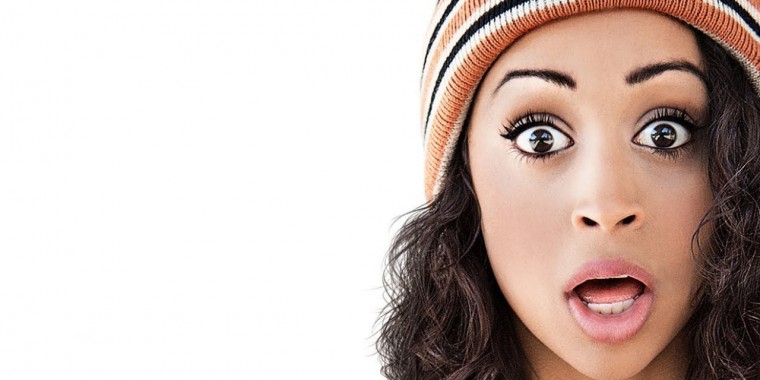 About Liza On Demand TV Show

LOS ANGELES, CA, SEPTEMBER 29, 2021 -- Today, YouTube Originals unveiled the official trailer for the third and final season of the hit comedy series "Liza on Demand," starring Liza Koshy. Premiering October 13 on Liza Koshy's YouTube Channel, season 3 follows Liza and her best friends (and roomies) Harlow and Oliver as they try their best to level up into adulthood and figure out what's next in their careers and relationships. Episodes will be available for free and released weekly every Wednesday, and YouTube Premium subscribers will have access to all episodes to binge on launch day.

"Liza on Demand" follows the comedic misadventures of Liza (Liza Koshy) and her roommates-slash-best-friends, Harlow (Kimiko Glenn, Spiderman: Into the Spider-verse, Orange Is the New Black) and Oliver (Travis Coles, David Makes Man), as they wade through the highs and lows of their 20s. In seasons one and two, Liza attempts to make a career working in the gig economy, each week winding up in a different odd job - from DNA sequencing to garage organizing to professional funeral crying (yep, real thing!). Meanwhile, her roommates are dealing with their own burgeoning careers: Oliver in real estate and Harlow as a professional dog Instagrammer/influencer.

The third season offers even more adventures as the trio move into a new apartment on the west side, facing all-new challenges. From conspiracy theories to wellness cults and yet another pandemic, Liza and her friends will try to navigate the insanity that is modern-day life in Los Angeles. The upcoming season is more relevant than ever and stays true to the show themes and winning charm of the "Threeyoncé" and their often confusing but always entertaining journey of being young, single, and clinging to optimism for dear life.

"Liza on Demand" is produced by Above Average, a digital-first entertainment company founded in 2012 by Lorne Michaels' Broadway Video. Liza Koshy, Deborah Kaplan and Harry Elfont (Can't Hardly Wait, Josie & The Pussycats and Mary + Jane), and Courtney Carter serve as executive producers on the series, with Sam Childs serving as producer. In addition to executive producing, Koshy again returned as a director for the season's second episode.

To get fans excited for the chaotic events that lie ahead, all episodes of the first season and second season are available to watch now for free.

The half-hour series follows the chaotic misadventures of Liza (Liza Koshy) and her roommates Oliver (Travis Coles) and Harlow (Kimiko Glenn) as Liza takes on various tasks and odd jobs while trying to get ahead in the gig economy. Featuring a young diverse cast, season one took satirical stabs at topics like gender bias and romantic tropes. Season two promises even more laughs and misadventures as Liza takes on a brand new set of challenges.

The series is produced by Above Average, a digital-first entertainment company founded in 2012 by Lorne Michaels' Broadway Video. Liza Koshy, Deborah Kaplan (Can't Hardly Wait) and Harry Elfont (Can't Hardly Wait, Josie & The Pussycats and Mary + Jane) and Courtney Carter will serve as executive producers on the series, with Sam Childs serving as producer.

How do you feel about this latest Liza On Demand news? Share your thoughts with us in the comments below and don’t forget to stay tuned for all the renew/cancel 2021-2022 and beyond news!