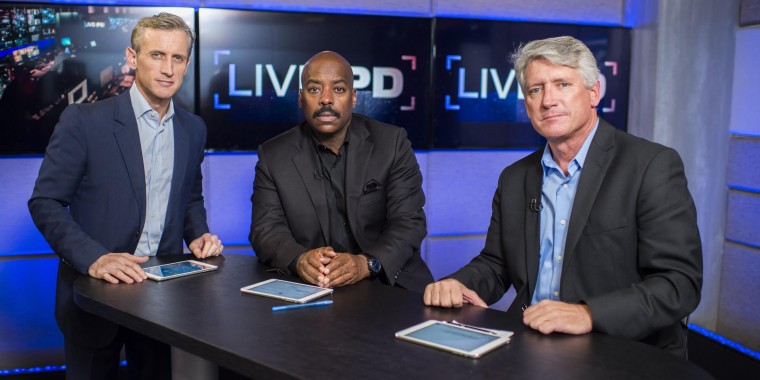 Live PD is no more.

A&E has cancelled the police docu-series in the wake of the George Floyd murder and ongoing protests against police brutality and systemic racism.

The network said of its decision to cancel Live PD:

“This is a critical time in our nation’s history and we have made the decision to cease production on Live PD. Going forward, we will determine if there is a clear pathway to tell the stories of both the community and the police officers whose role it is to serve them. And with that, we will be meeting with community and civil rights leaders as well as police departments.”

Prior to the cancellation, Live PD has been renewed through 2021 with Seasons 5 and 6.

However, series presenter Dan Abrams isn’t accepting the show’s fate and claims that it will return in some shape or form:

To all of you asking whether #LivePD coming back. . .The answer is yes. All of us associated with the show are as committed to it as ever. We are still discussing some specifics but I want to assure the #LivePDNation that we are not abandoning you.

To all of you asking whether #LivePD coming back. . .The answer is yes. All of us associated with the show are as committed to it as ever. We are still discussing some specifics but I want to assure the #LivePDNation that we are not abandoning you.

Emmy(R) Award-winner Matt Iseman joins "Live Rescue" with impressive media and medical credentials. He is the host of NBC's "American Ninja Warrior" and Universal Kids' "American Ninja Warrior Junior," and hosted the HISTORY specials, "Evel Live" and "Evel Live 2." Iseman is a licensed physician with a medical degree from the Columbia College of Physicians and Surgeons. He completed his residency in Internal Medicine at the University of Colorado.

"Our viewers have been clamoring for the return of new episodes of 'Live PD' and 'Live Rescue,'" said Elaine Frontain Bryant, Executive Vice President and Head of Programming for A&E. "We are pleased to bring back both series with new departments, and to welcome Matt Iseman to the A&E family."

Added Executive Producer and Big Fish President Dan Cesareo, "With both 'Live PD' and 'Live Rescue,' each new location and agency we follow gives us the opportunity to showcase more of the fabric of America - it's gratifying work that we get to experience through viewers' continued loyalty to these shows and we're committed to continuing to deliver an unparalleled viewing experience."

How do you feel about this latest Live PD news? Share your thoughts with us in the comments below and don’t forget to stay tuned for all the renew/cancel 2021-2022 and beyond news!