Home | Renewed | Life After Lockup Renewed For Season 3 By WE tv! 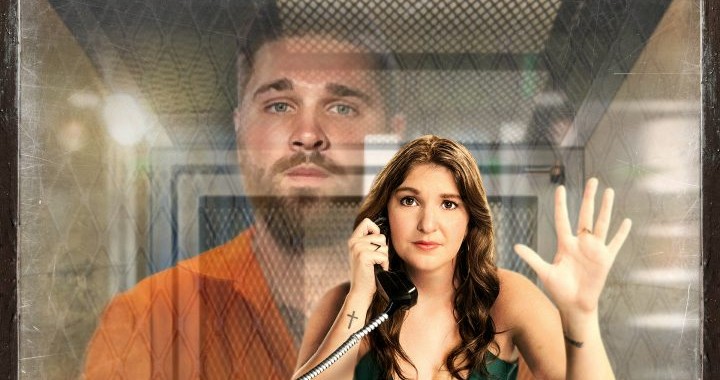 THEY SURVIVED LOCKUP – CAN THEY HANDLE LOCKDOWN… WITH EACH OTHER?

In a time when confined couples all across the country are getting lots of extra and unexpected quality time together, the stars of “Life After Lockup” have invaluable experience with quarantine and, luckily for fans, cameras to capture all the drama. The addicting “Love After Lockup” spin-off returns for a four-part event on Friday, September 11 at 9 PM ET/8 PM CT. A truly fresh new take on fast-paced and heart-wrenching storytelling, this special event features a mix of unseen footage and self-shot stories captured during quarantine using cell phones, Go Pros, video diaries, and interviews recorded on Skype. The returning couples include:

After a family vote, Andrea and the kids finally made the move to Los Angeles with Lamar. Andrea will now have to accept the family decision and start her life in a city she doesn’t like. Lamar plans to take Tennison under his wing and teach him how to navigate the streets – and Andrea is determined to have Priscilla baptized in the Mormon faith – will they be seduced by the allure or will Mormon values win?

Marcelino and Brittany are cramped in a small home with three young children– including a new baby. With tensions beginning to rise, Brittany has invited her mother back into her life after years of addiction sadly kept them apart. Now that she’s back in the picture and Brittany begins to rely on her, will her mother finally come through?

Tony’s weakness for drugs and prostitutes took a wrecking ball to their wedding dream and turned their newly married life into a nightmare, just 48 hours in. Tony tries everything to win his bride back, but Angela may have already moved on to another con who she has been involved with for years – even while saying “I do” to Tony. Meanwhile, her lovelorn best friend Tommy confronts Tony, but will that keep Tony out of the picture for good?

After Shane revealed his secret about cheating to Lacey, she decided to kick him to curb and get back with John. Shane expressed there would be ‘no coming back from this.’ Now, after a couple of months of not seeing or speaking to one another, Lacey has news for Shane.

At the end of the last season, Sarah took a pregnancy test after she spent the night with Michael– an event that he continues to deny. Michael says he will be there for Baby Rayne’s first birthday party, and Sarah is planning a BIG surprise. Will these two toxic exes finally put their passionate feud to bed or is this the start of a whole new relationship?

Life After Lockup follows nine former inmates and their significant others from the hit series Love After Lockup through their weird and wild journey to survive the real world. This season's new couples face travel limitations and restrictions on consorting with old connections, temptations of alcohol and drugs. Returning couples deal with the growing pains of adjusting to love, family and marriage while juggling the emotional challenges of life on the outside. Will they stay together and stay out of prison?

NEW TO "LIFE AFTER LOCKUP"

Tayler must reveal her engagement to twin sister and roommate Bobbie, who cannot stand Chance. While Chance finally builds Bobbie a garage bedroom and promptly moves her in, Bobbie feels it is all a ploy to get rid of her. Chance has been in and out of prison his entire adult life but can the future he is planning with Tayler and the girls keep him out of prison for good?

These newlyweds face their first challenge immediately-- distance. Branwin's parole restrictions require her to stay in Portland, and Chazz has a job he takes very seriously back in La Grange, KY. Once they're able to be together, Chazz's sister struggles to accept their relationship, and Branwin's daughter and friends think Chazz and the move are a bad idea. Meanwhile, Branwin's bad-boy ex Aaron might also have something to say about this new marriage.

RETURNING TO "LIFE AFTER LOCKUP"

With Sara 5 months pregnant, the couple race to plan the wedding of their dreams. However, fresh out of prison, Destinie is looking to catch up with Shawn, and she has come prepared with a list-- plus an amount for the money she believes Shawn owes her. If Destinie makes it to Ohio, how will she react when she learns Shawn is married to another former felon... with a baby?

Puppy and fiancé Eric are back together after her jail stint and planning their wedding... but to everyone's surprise, Eric is still legally married-- and Puppy fears he's still involved with his ex-wife. Amber catches baby fever after meeting a new man but is worried it may be too late for her.

Marriage could be on the horizon for the couple as Ray finally gets an engagement ring for Britney, but he must ask Britney's parents for their blessing first. Unfortunately, Ray's restitution looms large over their plans leaving Britany with questions and contemplating reaching out for a legal opinion. Will the couple make it down the aisle and ultimately start a family?

We found out Daonte and Lindsey were dating on the special, "Love After Lockup: How to Date an Inmate." Lindsey is released from prison without warning due to a Covid outbreak at her facility and Daonte goes to Mississippi the next day to finally meet his dream girl in person-- though Daonte's mom is not a fan of this new relationship. When Daonte arrives in Mississippi, Lindsey is living with a former friend and drug dealer, Blaine. Lindsey brushes off Daonte's jealousy but his visit sets off alarms.

Wondering how your other WE tv shows are doing? Check out the WE tv 2021 TV scorecard page, where you can find the cancel/renew status of all WE tv TV shows!

How do you feel about this latest Love After Lockup: Life After Lockup news? Share your thoughts with us in the comments below and don’t forget to stay tuned for all the renew/cancel 2021-2022 and beyond news!