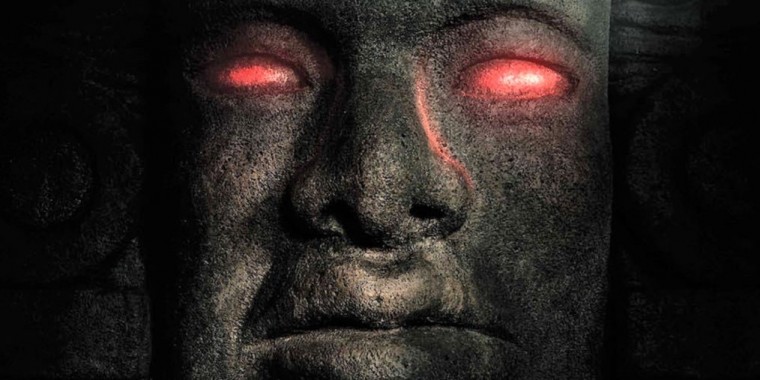 About Legends of the Hidden Temple TV Show

This supersized, adult version of LEGENDS OF THE HIDDEN TEMPLE preserves many of the original Nickelodeon series' favorite elements, including "Olmec" - the giant talking Mayan head - the "Moat Crossings," "The Steps of Knowledge," the "Temple Run," and of course, the iconic team names: "Purple Parrots," "Blue Barracudas," "Orange Iguanas," "Red Jaguars," "Silver Snakes" and "Green Monkeys." Only this time, the entire show is taken out of the studio into a "jungle" and scaled up with tougher challenges and much bigger prizes on the line. Every episode is a hero's journey through a mysterious jungle. Five teams begin the journey, but only one is "strong enough and smart enough" to enter the ominous Olmec's Temple, avoid the "dreaded" Temple Guards, retrieve a lost treasure, and return it to its rightful owner.

LEGENDS OF THE HIDDEN TEMPLE, the cherished '90s Nickelodeon competition show, originally aired from 1993-1995, with repeats airing continuously for nearly thirty years. LEGENDS OF THE HIDDEN TEMPLE holds a special place in millennial hearts -- inspiring a movie, mobile games, a board game, and one of the most popular Halloween costumes every year. The award-winning series was inspired by the seminal Nintendo game "The Legend of Zelda" and the "Indiana Jones" movie franchise.

How do you feel about this latest Legends of the Hidden Temple news? Share your thoughts with us in the comments below and don’t forget to stay tuned for all the renew/cancel 2021-2022 and beyond news!