Home | Cancellations & Renewals | Launchpad Renewed For Season 2 By Disney Plus! 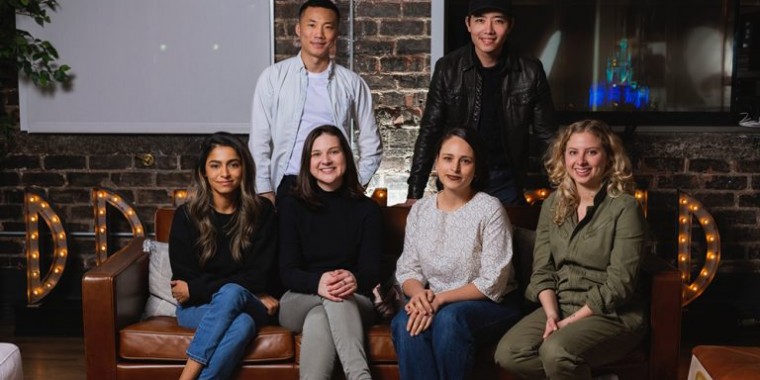 DISNEY+ ANNOUNCES SECOND SEASON OF "LAUNCHPAD": A COLLECTION OF SHORT FILMS FROM A NEW GENERATION OF DIRECTORS AND WRITERS FROM UNDERREPRESENTED BACKGROUNDS

BURBANK, Calif. (February 18, 2022) - Today, Disney+ revealed the films for Disney Studios Content's second season of "Launchpad," a collection of live-action shorts to premiere on Disney+ from a new generation of dynamic filmmakers. Building on the great success of its debut season, writers were added this time around, with season two featuring six writers, five directors, and one director/writer from underrepresented backgrounds. Selected from almost 2000 applicants, these filmmakers will have the opportunity to share their creative visions and show audiences what it means to be seen in Season Two of Disney's "Launchpad" premiering on Disney+ in 2023.

The goal of Disney's "Launchpad" is to diversify the types of stories that are being told and to give access to those who have historically not had it. Each of the filmmakers are paired with a senior Disney creative executive, who guides them through a program that educates and supports their short's efforts. Inspired by life's journey, these six shorts for Disney+ are based on the theme "Connection."

Mahin Ibrahim, Director, Representation & Inclusion Strategies, Creative Talent Pathways, who oversees the "Launchpad" core program, said, "Our first season of 'Launchpad' has already proven to be a real launchpad for success, with Ann Marie Pace set to direct an episode of Disney+'s 'High School Musical: The Musical: The Series'. This season we have twelve talented filmmakers who are telling deeply personal and meaningful stories that will resonate with audiences everywhere."

Phillip Domfeh, Senior Manager, who runs Launchpad's Season Two added: "We couldn't be more excited for our budding talent in our new Launchpad Cohort, now featuring writers in our program for the first time. We are confident that they all will deliver thought-provoking, adventurous, moving and hilarious short films to eager audiences on Disney+."

A teen girl scrambles to get spare parts from her eclectic trailer park neighbors and fix the family RV in time to share her tia abuela's special flavor in the annual Beautiful, FL Ice Cream Competition.

KJ, an offbeat middle schooler and martial arts movie nerd from Compton, challenges the top dojos in South LA, wearing his uncle's old black belt. But when his former fighter dad gets too involved, both learn there's more to life than keeping your guard up.

12-year-old Clarice Cheung feels like she's invisible in her family - especially next to her older sister Naomi. But when a powerful ghost appears in their house, the estranged sisters will have to team up and stop it before their family is torn apart forever.

Nervous about introducing her first girlfriend to her family, a queer college student gets help from the spirit of a long lost relative during the Hungry Ghost Festival.

A brilliant child scientist must reconnect with her beauty influencer sister when a cloning experiment goes awry.

After being sent to stay with his grandfather, a Cheyenne teen uncovers a secret that connects him to his family and community in a way he never thought possible.

Cameras and lenses for Season One of Disney's "LAUNCHPAD" were supplied by Panavision, a leading global provider of technical and creative solutions for the motion-picture industry. "Panavision and Disney share a commitment to empowering storytellers from a diverse cross section of communities," says Panavision President and CEO Kim Snyder.

How do you feel about this latest Launchpad news? Share your thoughts with us in the comments below and don’t forget to stay tuned for all the renew/cancel 2021-2022 and beyond news!