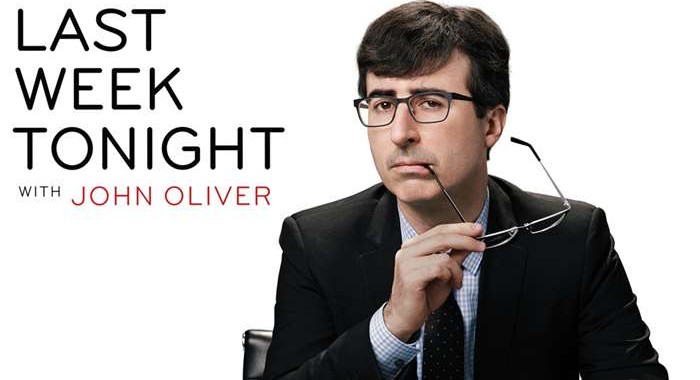 HBO has renewed the Emmy®-winning LAST WEEK TONIGHT WITH JOHN OLIVER for three more seasons, it was announced today by Casey Bloys, Chief Content Officer for HBO and HBO Max. The deal will keep the hit show on the network through 2023.

“For the past seven years, John and his incredibly talented team have taken on topics that are both in the public mind and off the beaten path, always managing to shed new light on these subjects with intelligence and searing humor,” said Bloys. “We are beyond thrilled to continue this relationship for three more years.”

“We’re all extremely happy to be able to continue to do our show on HBO for another three years, or until the end of the world, whichever comes first,” said Oliver.

Presenting a satirical look at the week in news, politics and current events, as well as shining a light on issues big and small as the U.S. heads toward a pivotal 2020 Presidential Election, the Emmy®-winning LAST WEEK TONIGHT WITH JOHN OLIVER continues its seventh season Sundays at 11 p.m. ET/PT on HBO.

The series, which is currently on hiatus until September 27, is available on HBO and to stream on HBO Max.

LAST WEEK TONIGHT WITH JOHN OLIVER is the only weekly news-oriented comedy series to be presented on Sunday night. Taped in New York, the show features Oliver’s topical commentary. The series has received a staggering 16 Emmys® since its premiere in 2014. Season six of the series received four Emmys®, including Outstanding Variety Talk Series for the fourth year in a row, as well as Outstanding Writing for a Variety Series, Outstanding Picture Editing for Variety Programming and Outstanding Technical Direction, Camerawork, Video Control for a Series. The series has been nominated for 9 Emmys® this year.

HBO's Emmy(R)-winning LAST WEEK TONIGHT WITH JOHN OLIVER returns for its ninth season SUNDAY, FEBRUARY 20 (11:00-11:30 p.m. ET/PT). The series airs on HBO and is available to stream on HBO Max.

A satirical, insightful and meticulously researched look at current events in the U.S. and around the globe, LAST WEEK TONIGHT WITH JOHN OLIVER features Oliver's hilarious, much-needed perspective on today's pressing political, social and cultural issues. As the country navigates the ongoing coronavirus pandemic and a highly polarized political landscape, the ninth season of the critically acclaimed series promises to shine a light on headline news as well as lesser-reported topics that both inform and entertain, featuring a mix of the series' sharp commentary, pre-taped pieces and occasional special guests.

The series has received 23 Emmys(R) since its premiere in 2014. Last year, the series won the Emmy(R) for Outstanding Variety Talk Series as well as Outstanding Writing for a Variety Series, both for the sixth year in a row. The series has also been honored with two Peabody Awards, a Critics Choice Award in the category of Best Talk Show, two GLAAD Media Awards, five Writers Guild Awards and six consecutive PGA Awards.

How do you feel about this latest Last Week Tonight With John Oliver news? Share your thoughts with us in the comments below and don’t forget to stay tuned for all the renew/cancel 2021-2022 and beyond news!