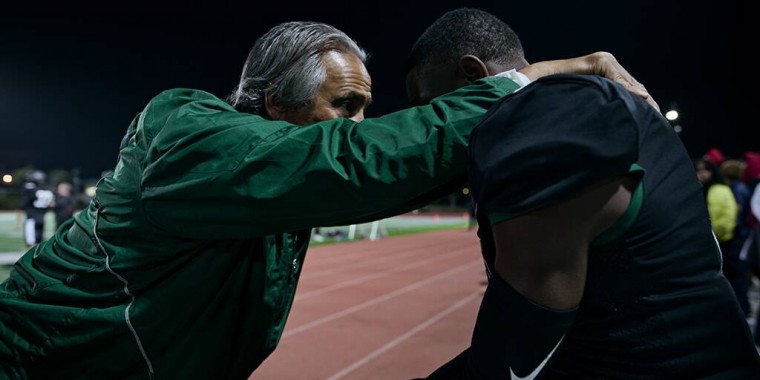 Netflix has renewed the junior college football docu-series for a fifth and final season, the streamer has announced.

Last Chance U Season 5 closes out the series on July 28, 2020 by following the Laney College JUCO football team.

However, the franchise will continue in the form of a basketball-centered spinoff, Last Chance U: Basketball, which is set to launch in 2021.

“We’re thrilled to be able to delve into the world of Laney College for our fifth season and to have had the opportunity to document the incredible grit and drive of these JUCO players in Oakland, Calif. With this series, we always wanted to give viewers a raw behind-the-scenes look at junior college athletics and we’re excited to expand the LCU legacy onto the court with JUCO basketball.”

Then Last Chance U: Basketball will premiere in 2021 pic.twitter.com/R99fJXwoA7

About Last Chance U TV Show

Last Chance U follows a group of young men training to become the future stars of the NFL. The football players are the latest recruits to East Mississippi Community College (EMCC), an undefeated team with 3 National Championship wins over four years under their belt. The EMCC Lions have become a phenomenon in junior college sports, attracting elite athletes, some of whom have been held back by poor academic performance or behavioral issues. Under Coach Buddy Stephens, one of the most successful but least known athletic programs, EMCC graduates more than 20 players per year into football scholarships at four year universities, and nine of his former players currently play in the NFL.

“After clinching the title of state and national champions in 2018, the Laney Eagles have a hard season to follow and a lot to prove. Going into his eighth season and having built the program from the ground up, powerhouse head coach John Beam must fight to rally the team amidst countless setbacks. Season 5 brings intensity both on and off the field as players battle injuries, stress, and personal demons while finding much needed support in the community and taking pride in their scrappy mentality and motto ‘Laney Built.'”

How do you feel about this latest Last Chance U news? Share your thoughts with us in the comments below and don’t forget to stay tuned for all the renew/cancel 2021-2022 and beyond news!