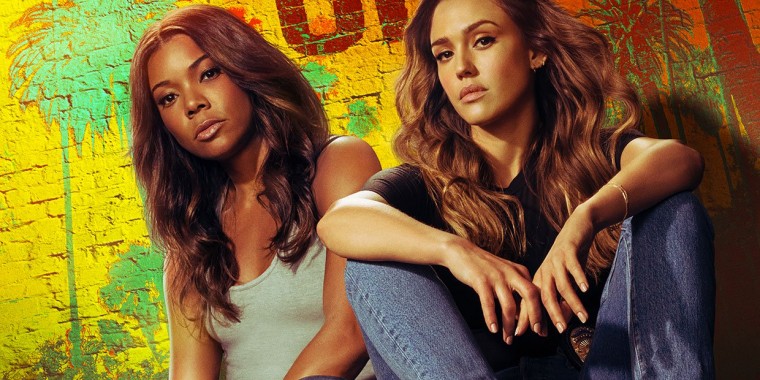 You’ll have to wait a little longer for L.A.’s Finest Season 2.

Spectrum has made a last-minute decision to push the Season 2 premiere of L.A.’s Finest Season 2.

L.A.’s Finest Season 2 will now premiere “later in 2020” with an exact date to be announced in due course.

Gabrielle Union and Jessica Alba are back, returning for the second season of the Spectrum Originals hit series, L.A.'s FINEST. The Sony Pictures Television-produced 13-episode drama will drop the first three episodes exclusively to Spectrum video subscribers free On Demand (and without ads) on Monday, June 8, after which new episodes will drop every Monday until the finale. The series, which launched on Spectrum Originals in May 2019, earned major street cred as it locked up over 3.4 million viewers to date and has been the #1 viewed series on the Spectrum On Demand platform.

From the universe of the Jerry Bruckheimer "Bad Boys" franchise, L.A.'s FINEST Season One took us into the lives of former DEA agent, Syd Burnett (Gabrielle Union), who left her complicated past behind to join the LAPD, and detective Nancy McKenna (Jessica Alba), who juggled her demanding case-load with a rebellious teenage step-daughter. Together they took on the most dangerous criminals in Los Angeles and became a force to be reckoned with - both on the streets and in each other's lives. When Season Two returns, Syd mourns the sudden loss of a friend and struggles to find answers, while McKenna must deal with the aftermath of Izzy's kidnapping and the rift it has left in her marriage. But when a powerful crimewave in Koreatown threatens to destroy the community, Syd, McKenna and the team must find those responsible before it's too late.

L.A.'S FINEST" PICKED UP FOR SECOND SEASON BY SPECTRUM ORIGINALS

All thirteen episodes of the Sony Pictures Television-produced hit drama will be available to binge free and on-demand, exclusively to Spectrum's subscribers when season one finales Monday, June 17. From the universe of the Jerry Bruckheimer "Bad Boys" franchise, "L.A.'s Finest" stars and is executive produced by Gabrielle Union and Jessica Alba.

"We're thrilled 'L.A.'s Finest' has resonated with our subscribers in such a major way. When I first saw the pilot - a show about two strong women learning to trust and support each other and still getting into plenty of trouble - I knew I'd follow them anywhere," said Katherine Pope, head of Spectrum Originals. "Kudos to Gabrielle and Jessica, as stars and executive producers, along with creators Brandon Sonnier and Brandon Margolis and everyone else involved, for helping us launch our first original series and making the decision to greenlight a second season incredibly easy."

"We are overwhelmed by the audience's response to LA's Finest," said SPT President, Jeff Frost. "Gabrielle and Jessica are brilliant together and our incredible showrunners Brandon Sonnier, Brandon Margolis and Pam Veasey did an amazing job of crafting an action-packed and riveting season one. We can't wait to work again with this amazing team of prolific and talented executive producers and dive into the next chapter for Syd and Nancy."

Season One followed Syd Burnett (Union), who was last seen in Miami taking down a drug cartel and left her complicated past to become an LAPD detective. Paired with a new partner, Nancy McKenna (Alba), a working mom with an equally complex history, Syd was forced to confront how her unapologetic lifestyle was masking a greater personal secret. Taking on the most dangerous criminals in Los Angeles while skirting the rules, and speed limits, Syd and Nancy became a force to be reckoned with - on the streets, and in each other's lives.

L.A.’s Finest follows Syd Burnett (Union), last seen in Miami taking down a drug cartel, who has left her complicated past behind to become an LAPD detective. Paired with a new partner, Nancy McKenna (Alba), a working mom with an equally complex past, Syd is pushed to examine whether her unapologetic lifestyle might be masking a greater personal secret. These two women don’t agree on much, but they find common ground when it comes to taking on the most dangerous criminals in Los Angeles in this character-driven drama.

How do you feel about this latest L.A.’s Finest news? Share your thoughts with us in the comments below and don’t forget to stay tuned for all the renew/cancel 2021-2022 and beyond news!