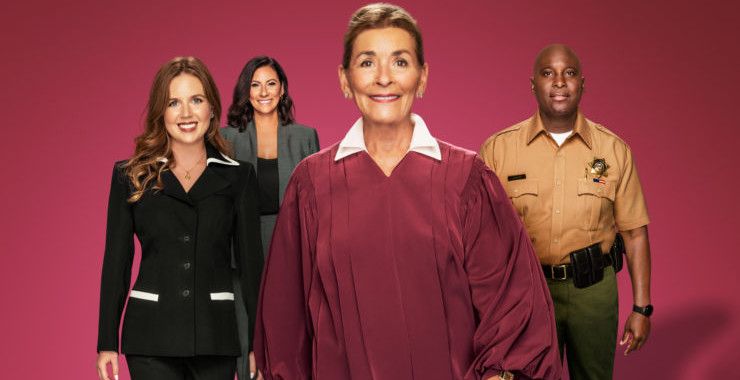 Court is back in session.

The courtroom reality series will return for a second season later in 2022, the streamer has announced.

Justice always prevails! IMDb TV, Amazon's premium free streaming service, announced today a second-season order of Judy Justice. Helmed by television icon Judge Judy Sheindlin, the program launched on the service in November 2021, and has grown to be IMDb TV's number-one Original program in first streams and hours watched, with customers viewing more than 25 million hours to date. New episodes from Season One of Judy Justice will continue to debut every weekday through April 15 - both on-demand and on the Judy Justice live linear channel.

"I am over the moon and couldn't be happier with the Judy Justice reception in streaming," said Judge Judy Sheindlin. "Amazon has been a terrific partner and I look forward to our continued collaboration."

"With Judy Justice, we saw a bold opportunity to reinforce our vision of a modern television network, by embracing daytime television programming and uniquely offering IMDb TV customers new episodes every weekday," said Lauren Anderson and Ryan Pirozzi, co-heads of content and programming at IMDb TV. "For more than 25 years, Judge Sheindlin has been a staple of daytime TV. Through her no-nonsense approach to adjudicating real cases, Judge Sheindlin has educated millions about the legal process and real-life decision-making. We look forward to delivering another season of binge-worthy justice as Judge Judy Sheindlin continues her unprecedented reign as one of the most iconic and esteemed personalities in entertainment."

Judy Justice is an arbitration-based reality court show presided over by Judge Sheindlin, a retired Manhattan family court judge, who adjudicates real-life high-stakes claims. Joining Judge Sheindlin in the courtroom once again are bailiff Kevin Rasco, a retired Los Angeles probation officer; court stenographer Whitney Kumar, a board-certified court reporter in the state of California; and law clerk Sarah Rose, a law student and Judge Sheindlin's granddaughter, extending the legacy of the television and courtroom pioneer by bringing in a new generation of legal analysis.

How do you feel about this latest Judy Justice news? Share your thoughts with us in the comments below and don’t forget to stay tuned for all the renew/cancel 2021-2022 and beyond news!