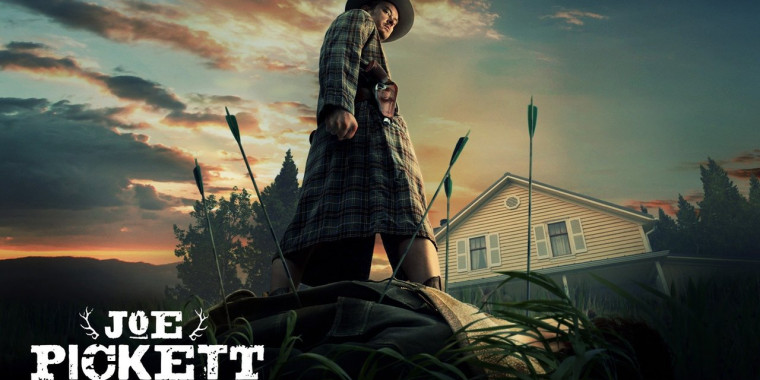 Spectrum Originals announced today a second season pickup for the Paramount Television Studios-produced drama, JOE PICKETT. Based on the New York Times #1 best-selling book series by C.J. Box, JOE PICKETT has become the most viewed program in Spectrum Originals' history and has ranked #1 across Spectrum platforms since its December release. The series was watched by over one million unique households in the first month on Spectrum and became the top Spectrum Original ever before the full season was even released.

Season One followed a dedicated game warden (Michael Dorman) and his family as they navigated the shifting socio-political climate of a small rural town on the verge of economic collapse. The Pickett family quickly found themselves in the crosshairs when a murder victim wound up on their doorstep and they were forced to navigate a tangled web of schemes, secrets, and conspiracy amidst the scenic vistas of the Wyoming wilderness. All episodes of the first season are available now exclusively on Spectrum (free and without ads) and will be available to stream on Paramount+ at a later date.

Wondering how your other Spectrum shows are doing? Check out the Spectrum 2021 TV scorecard page, where you can find the cancel/renew status of all Spectrum TV shows!

How do you feel about this latest Joe Pickett news? Share your thoughts with us in the comments below and don’t forget to stay tuned for all the renew/cancel 2021-2022 and beyond news!