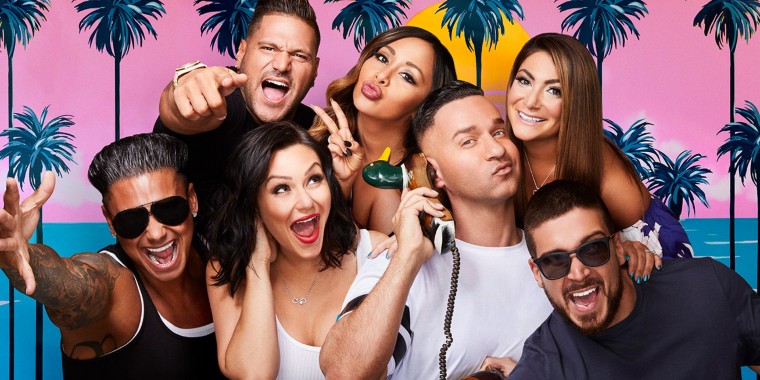 MTV today announced that the hit series Jersey Shore Family Vacation, which owns the #1 spot across all key demos in its time period, will kick off the new year with an epic season five premiere on Thursday, January 6th at 8PM ET/PT. Celebrate the first JERZDAY of 2022 with the iconic "Shore" gang as they return for a new year of fun with the official return of Nicole "Snooki" Polizzi.

As the world continues to change in unexpected ways, the Jersey Shore family is back together and they're putting it all on the table. From long overdue meatball days to wild nights in LA with Vinny and Mike's "end of probation" celebration to DJ Pauly D's return to the clubs, this group continues to bring the non-stop party wherever they go. With the arrival of Baby Situation and Deena and Chris' new little meatball, life events continue to bring the family closer together. And in true "Shore" style, the group heads to the Florida Keys to remind everyone how outrageous a Jersey Shore Family Vacation can get.

The series continues to be a powerhouse for MTV, owning the #1 spot across key demos in its time period and pacing a whopping +9% on L+3 share from last season, further cementing MTV as the dominant network Thursday nights.

On tonight's highly anticipated finale episode, Snooki's left to clean up the mess made by Dren as the trip comes to an end. Meanwhile, Mike plans a second gender reveal even though everyone knows he's having a boy. But, the real surprise is what happens when Angelina "accidentally" shoots off a gender reveal powder cannon in her husband's face.

Jerzdays continue this fall with the highly-anticipated return of Double Shot at Love with DJ Pauly D and Vinny and MTV Floribama Shore kicking off September 16th at 8PM ET/PT with back-to-back premieres.

How do you feel about this latest Jersey Shore Family Vacation news? Share your thoughts with us in the comments below and don’t forget to stay tuned for all the renew/cancel 2021-2022 and beyond news!