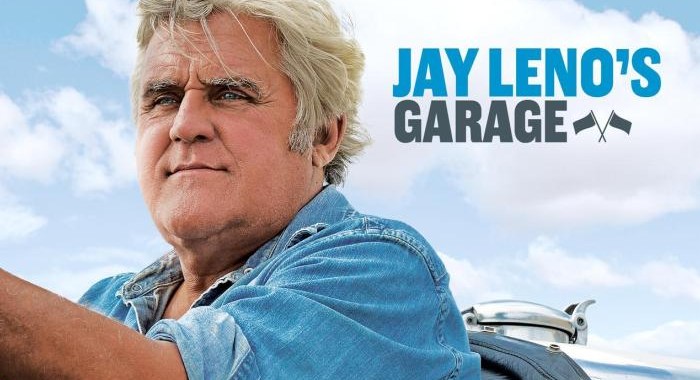 IT’S THE MOST REVVED UP SEASON YET! “JAY LENO’S GARAGE” SEASON 6 PREMIERES WEDNESDAY, SEPTEMBER 22 AT 10 PM ET/PT ON CNBC

IT'S THE MOST REVVED UP SEASON YET! "JAY LENO'S GARAGE" SEASON 6 PREMIERES WEDNESDAY, SEPTEMBER 22 AT 10 PM ET/PT ON CNBC

"The fun part of going into your sixth season is people know the show and they are excited to come on and talk cars, share stories and do a couple of burnouts," said Jay Leno. "I'm thrilled to see guests come back like Kelly Clarkson, Trevor Noah, and Tim Allen. We are also getting a lot of first timers like Tiffany Haddish, Mark Cuban, Offset, James Corden and more."

"Our primetime programming is designed to inspire and no one does it better than Jay Leno and his unyielding passion for cars and the stories behind them," said Denise Contis, Executive Vice President and Head of Content, CNBC Primetime.

In the September 22nd season premiere episode entitled "Big Dreams," Jay starts by kicking Drew Carey's soccer dreams into high gear with a crazy game of "car soccer." Talk show icon James Corden usually steals the show, but after sampling a little of his automotive life, he tries to steal Jay's Jag! Jay and actor Gary Sinise salute a decorated veteran who's helping other vets achieve their dreams, with a little four wheeled surprise. And comedian Tammy Pescatelli may be a small-town girl with a big career... but could she be the first guest to crash a car?

"Jay Leno's Garage" is a star-studded, action-packed exploration of all things automotive. Leno and his celebrity friends are only happy to celebrate anything on four wheels - from extravagant supercars to the wildest art cars, never forgetting that it's the people behind the wheel who provide the real stories.

Wondering how your other CNBC shows are doing? Check out the CNBC 2021 TV scorecard page, where you can find the cancel/renew status of all CNBC TV shows!

How do you feel about this latest Jay Leno’s Garage news? Share your thoughts with us in the comments below and don’t forget to stay tuned for all the renew/cancel 2021-2022 and beyond news!