Home | Cancellations & Renewals | In Pursuit with John Walsh Renewed For Season 3 By ID & Discovery Plus! 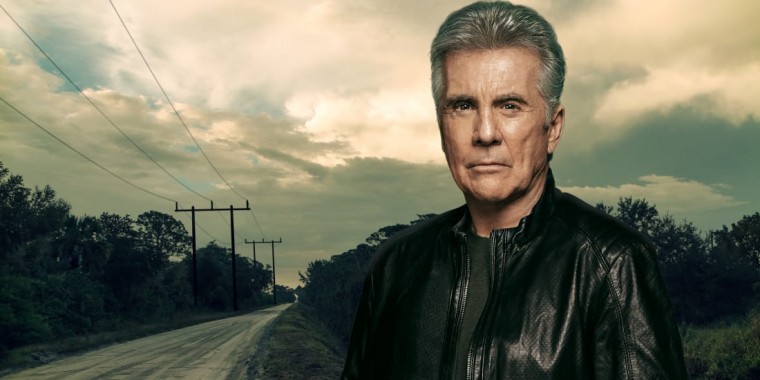 About In Pursuit with John Walsh TV Show

(New York, NY.) - Returning for a third season, In Pursuit with John Walsh carries forward John Walsh's lifelong mission of bringing fugitives to justice, finding missing children, and empowering the public to help support a more effective and accountable criminal justice system. In the series, John Walsh and his son, Callahan Walsh, introduce ID's active and engaged audience to unsolved violent crimes that urgently need to be closed. In Pursuit relies on leads from viewers who may have seen something that would help authorities, with all calls and online tips vetted by experts and followed up on by the appropriate authorities, including local law enforcement, FBI, and the U.S. Marshals.

As part of its commitment to justice, ID operates an active call center at 833-3-PURSUE and dedicated online hub at InPursuitTips.com, with trained professionals who keep the anonymity of sources in utmost confidence. Additionally, in partnership with the National Center for Missing & Exploited Children (NCMEC), In Pursuit also features two missing children each hour, providing age-progression photos when possible and descriptions in the hopes that viewers can provide new leads. With 12 all-new episodes, the season three premiere of In Pursuit with John Walsh will begin streaming on discovery+ on Wednesday, August 18, and will air weekly on ID at 10/9c beginning August 18.

"Season three is underway, and so far of the 24 episodes of In Pursuit which have aired, 26 of the profiled fugitives are in custody, and seven missing children have been recovered. The best part? Cal and I are just getting started," said host and executive producer, John Walsh. "Combining ID's active and engaged audience with the booming streaming service of discovery+ and the international reach of Discovery worldwide, those creeps out there can run, but they won't be able to hide."

To engage with the show, viewers are encouraged to connect using #TeamInPursuit, join the IN PURSUIT WITH JOHN WALSH Facebook page at Facebook.com/InPursuitwithJohnWalsh, and connect on Instagram @InvestigationDiscovery or Twitter @DiscoveryID. Additionally, for anyone looking to share news about cases, ID has created a community to connect with one another at Facebook.com/MissingandWanted.

In the premiere episode airing on Wednesday, August 18 at 10/9c, the investigation into the disappearance of a devoted single mother narrows in on a man who claims to be her secret boyfriend. But after Erik Arceneaux goes on the run, John is determined to find him and deliver answers to Maria Jimenez Rodríguez's family. Then, in 1989, 11-year-old Alisha bravely comes forward to reveal that her adopted father, Mark Blevins, sexually abused her for years before going on the run. Thirty years later, Callahan learns the dark truth behind a picture-perfect family and joins the hunt to bring him to justice.

John Walsh is known internationally as a crime fighter, victims' advocate and Emmy Award-winning host of "America's Most Wanted," the reality program that helped law enforcement capture more than 1,200 fugitives and brought home more than 50 missing children. He never sought the role, but fighting for justice has been his mission since July 27, 1981 - the day his 6-year-old son, Adam, was abducted from a Hollywood, Fla. mall near their home. Adam's remains were found two weeks later. Through their experience, Walsh and his wife Revé, realized that the nation was in desperate need of leadership in the fight to protect children. Out of their pain, the National Center for Missing & Exploited Children was created in 1984, after President Ronald Reagan signed the "Missing Children's Assistance Act." Walsh has been honored numerous times by many local, state and federal agencies. In addition to being named "Man of the Year" by both the U.S. Marshals Service and the FBI, John was made an honorary U.S. Marshal. He is only one of three people to receive this honor in the organization's history. Walsh has been the driving force behind major pieces of child protection legislation. This work led to him being honored five times by four presidents. The Walshes had three more children after Adam and John continues to fight for victims' rights.

-- IN PURSUIT: THE MISSING Debuts on discovery+ and ID; Special Airs in Advance of a New Season of IN PURSUIT WITH JOHN WALSH Coming Later This Year --

(New York, NY) - With the acute understanding of someone whose family has been through the unimaginable experience of losing a child, Callahan Walsh hosts an hour-long special spotlighting missing persons cases with IN PURSUIT: THE MISSING. As a spokesperson and child advocate for the National Center for the Missing & Exploited Children, Callahan brings his passion, empathy, and determination to actively investigate two mysterious disappearances, and provide an outlet to the families desperate for answers. The special also showcases missing children cases from around the country, each with a ticking clock, unanswered questions, and an urgent need to activate the public to come forward with tips or information that might help bring these missing persons home to their loved ones. IN PURSUIT: THE MISSING will stream on discovery+ beginning on Sunday, March 7, and will premiere on Investigation Discovery on Monday, March 8 at 9pm ET. IN PURSUIT WITH JOHN WALSH, which Callahan co-hosts alongside his legendary crime fighting and fugitive-catching father, John Walsh, returns later this year.

In the first featured story, Callahan travels to the picturesque town of Cape Coral, Florida to learn more about the disappearance of 29-year-old single mother, Lauren Dumolo, who was reported missing on June 19, 2020. In his quest to bring Lauren home, Callahan uncovers dark secrets and learns that certain people in Lauren's life might not have had her best interest at heart. Then, Callahan travels across the state to Ft. Lauderdale and immerses himself in the 2017 missing persons case of then 15-year-old Sophie Reeder, who snuck out from her father's home in the late evening hours on Friday, May 19. When his investigation takes a turn into the shadowy world of the dark web, Callahan takes a deeper dive into the epidemic of human trafficking, and uncovers clues that Sophie might have fallen in the hands of those who perhaps groomed and targeted her.

In both cases, few clues are left behind, leaving Callahan to conduct boots-on-the-ground investigations into these disappearances. Speaking with law enforcement and the victim's family to understand the circumstances surrounding the fateful day they were last seen, Callahan works to reveal any leads or information that have been unearthed since they've been gone and asks viewers to call if they have information on the cases.

IN PURSUIT: THE MISSING also spotlights missing children cases from around the country, including: the July 10 disappearance of 10-year-old Breasia Terrell from Davenport, Iowa; the August 4 disappearance of 12-year-old Jaylen Griffin from Buffalo, New York; the May, 2019 disappearance of then-16-year-old John Riser from Washtoukna, Washington; and the 2015 disappearance of then 15-year-old Ava Baldwin from San Antonio, Texas, which includes an age-progression photo provided by NCMEC to help guide the public on what she might look like now that she's 11.

Anyone with information in any of the featured cases is encouraged to text or call our hotline at 833-3-PURSUE, or submit tips online at InPursuitTips.com. All calls can remain confidential.

How do you feel about this latest In Pursuit with John Walsh news? Share your thoughts with us in the comments below and don’t forget to stay tuned for all the renew/cancel 2021-2022 and beyond news!