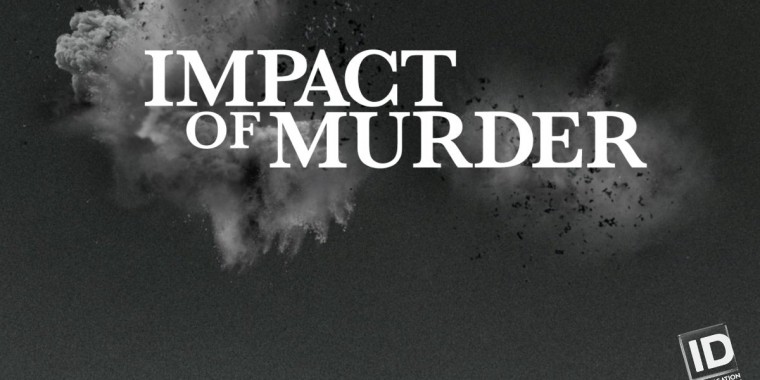 ELEVATING THE VOICES OF SURVIVORS AND VICTIMS’ LOVED ONES, ID PREMIERES SEASON TWO OF THE POWERFUL SERIES, “IMPACT OF MURDER”

Season Two Begins with the Raw and Emotional Two-Hour Episode on Botham Jean, Airing Nearly Two Years After the Anniversary of His Murder

Returning with more gut-wrenching stories showcasing tragedies whose repercussions reverberate throughout society, IMPACT OF MURDER returns for a second season to ID. Using the gripping victim impact statements delivered in court as the driving storytelling technique, this series showcases how victims can be empowered against their perpetrator to stand up in court and confront them – and in some cases, unexpectedly find forgiveness. Through a victim’s own words, viewers understand the horror they endured or the significance of the life that was taken, providing an acute and emotional understanding of the collateral damage of murder. In a gripping four-episode second season, the stories examine instances of racial injustice, domestic violence, a wrongful conviction, and a fatal chance encounter. IMPACT OF MURDER will premiere on Thursday, September 10 at 9 p.m. ET/PT on Investigation Discovery.

Season two of IMPACT OF MURDER begins with a heart wrenching two-hour episode on Botham Jean with “Two Shots in the Night,” airing on Thursday, September 10 from 9-11 p.m. ET/PT. Botham Jean was a promising young Black accountant who dreamed of returning to his native St. Lucia to become Prime Minister. Those dreams were cut short in 2018 when he was shot inside his Dallas apartment by a white female off-duty police officer. As his family mourned, the murder ignited protests and sparked a media frenzy. This senseless tragedy is retold by those closest to the case, with gripping, emotional accounts from Jean’s family, including his mother Allison Jean, father Bertrum Jean, sister Allisa Charles-Findley, as well as those who worked with the family to bring justice to Botham, including lawyer Lee Merritt and prosecutor Jason Hermus. Perhaps the most heartrending account comes from 18-year-old Brandt Jean, who mourns Botham’s death while wrestling with his anger against his brother’s killer and rises above his grief with an astonishing act of forgiveness – a courtroom embrace that echoed around the world.

Additional episodes in season two of IMPACT OF MURDER include:

In Longmont, Colo., a 911 dispatcher receives a call from a woman in distress. Seven-months pregnant, another woman has slashed her throat and she is clinging to life. But when police arrive, the woman they find covered in blood doesn’t appear to be pregnant. Assuming that the victim somehow escaped and this is the perpetrator, they rush the woman to the hospital. Down the hall, doctors try to resuscitate the miscarried baby of a woman who arrived just minutes before. As the dispatcher uncovers the horrific event linking these two women, she forges a fast friendship with the victim, and paves the way for her to get justice.

In St. John’s, Newfoundland, 19-year-old Greg Parsons ushers in 1991 by calling his mother Catherine. The two have a rocky relationship but had recently patched things up. He wants to wish her a happy new year. Two days later, Greg calls the police, crying that he has found his mother dead on the bathroom floor, and finds himself charged with her murder. His journey through the justice system will take years and become a national story.

THERE’S NO WINNING IN MURDER

In West Haven, Conn., mother of four Corrinna Martin learns that her daughter Alyssiah is missing. After an exhaustive, state-wide search, a discovery confirms Corrinna’s worst fear, and a murder investigation is opened. As a pattern of abuse against Alyssiah is uncovered, Corrinna vows to help other victims of domestic violence. When a suspect is identified, it looks like the family may finally find justice. However, the lack of physical evidence results in two successive hung juries. Everything rests on the outcome of a third trial. Just weeks before the third trial is set to start, an unbelievable tragedy devastates the family yet again. It becomes more important than ever for one mother to see justice served and to keep the memory of her loved ones alive.

About Impact of Murder TV Show

Putting the victim at the forefront, Investigation Discovery's new series IMPACT OF MURDER utilizes the emotionally gripping victim's impact statement delivered in court as the driving storytelling technique. Through a victim's own words, viewers understand the horror they endured or the significance of the life that was taken, providing an acute understanding of the collateral damage of murder. Impact statements act as a source of strength for those who may feeling helpless after a senseless tragedy, showcasing the empowerment that they feel when they stand up in court to address the perpetrator.

How do you feel about this latest Impact of Murder news? Share your thoughts with us in the comments below and don’t forget to stay tuned for all the renew/cancel 2021-2022 and beyond news!