Home | Renewed | How to with John Wilson Renewed For Season 2 By HBO! 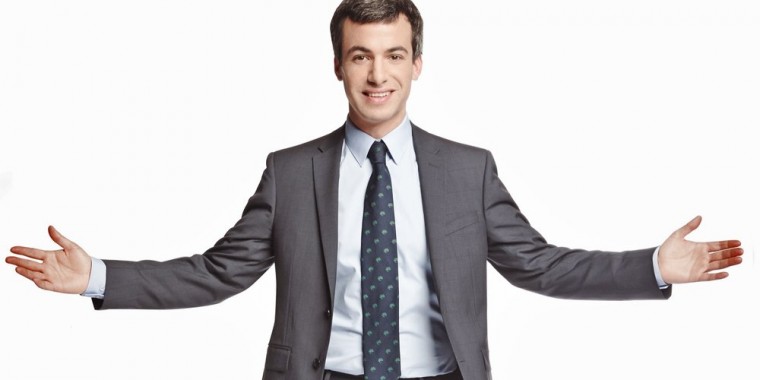 HBO has renewed the critically acclaimed docu-comedy series HOW TO WITH JOHN WILSON for a second season, it was announced today by Amy Gravitt, Executive Vice President, HBO Programming.

“John’s lens is so deliberate and dear,” says Gravitt. “Seeing the audience connect with HOW TO has been an absolute joy. We’re eager to see what 2021 has to offer with him behind the camera.”

John Wilson, documentary filmmaker and self-described “anxious New Yorker,” made his HBO debut as writer, director, cameraman, executive producer and narrator of the six-episode docu-comedy series. Nathan Fielder (“Nathan For You”) also serves as executive producer, alongside Michael Koman and Clark Reinking. The series debuted October 23 on HBO and is available to stream on HBO Max.

In a uniquely hilarious odyssey of self-discovery and cultural observation, Wilson covertly and obsessively films the lives of his fellow New Yorkers while attempting to give everyday advice on relatable topics. The awkward contradictions of modern life are eased by Wilson’s candid, unpolished commentary, with season one’s episodes offering up his distinct take on a range of deceivingly simple topics. Building upon Wilson’s previously released “how to” short films, the episodes take wildly unexpected turns, but are grounded in John’s refreshing honesty.

New York Times named HOW TO WITH JOHN WILSON the best half-hour comedy in 2020, while Vanity Fair named it “the year’s best television show,” calling it, “an extraordinarily heartfelt exploration of what it means to be a person in the world.” Rolling Stone stated, “‘How To’ is simultaneously delightful and baffling, until it all fits together perfectly, like that was the plan all along” and Hollywood Reporter praised the series for having “the ability to make you snort with laughter, pause in contemplation and even swoon at the poetry of urban space.”

Season one of HOW TO WITH JOHN WILSON is executive produced by John Wilson, Nathan Fielder, Michael Koman, and Clark Reinking.

About How To With John Wilson TV Show

· HBO announced today that the critically acclaimed docu-comedy series HOW TO WITH JOHN WILSON has been renewed for a third season.

· In season two of HOW TO WITH JOHN WILSON, documentary filmmaker and self-described "anxious New Yorker" John Wilson continues his heartfelt mission of self-discovery, exploration and observation as he films the lives of his fellow New Yorkers while attempting to give everyday advice on six new deceptively simple topics. Nathan Fielder, Michael Koman, and Clark Reinking, who previously worked together on "Nathan For You," serve as executive producers. Building upon season one, the episodes take unexpected turns, but are grounded in John's refreshing honesty. The second season concluded on December 31, 2021.

· Currently nominated for a WGA Award for Comedy/Variety Sketch Series, New York Times hailed season two of HOW TO WITH JOHN WILSON as an "ambitious, adventurous, wildly eccentric and incredibly smart comedy" with an "enduring power of the real" while IndieWire named it "one of the best docu-series of 2021." Variety called the series "stellar" praising John's narration as "one of TV's best performances of 2021."

· Season 2 credits: HOW TO WITH JOHN WILSON is executive produced by John Wilson, Nathan Fielder, Michael Koman, and Clark Reinking.

How To…With John Wilson is a first person documentary series hosted by an anxious New Yorker who attempts to give everyday advice while dealing with his own personal issues. Acting as both cameraman and narrator, John covertly documents the lives of fellow New Yorkers in a comic odyssey of self-discovery, inevitably making the audience comfortable with the awkward contradictions of modern life.

How do you feel about this latest How To With John Wilson news? Share your thoughts with us in the comments below and don’t forget to stay tuned for all the renew/cancel 2021-2022 and beyond news!